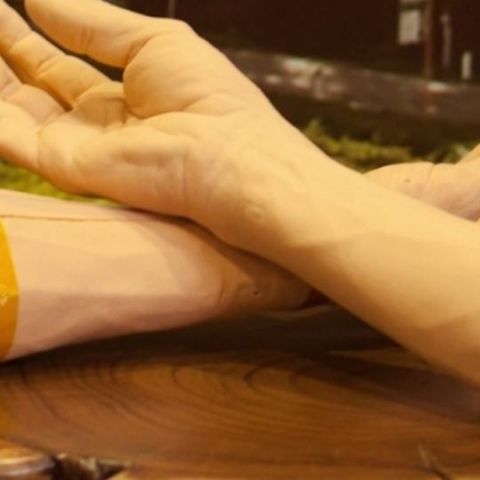 Google's Life sciences division has been working with synthetic human skin as part of work to create a wristband that can detect cancer, heart attacks and other diseases.

Google X laboratory in Mountain View, California is working on a pair of arms made from synthetic skin mixed with real human skin that can help people monitor the presence of cancer cells in their system. The aim of the project is to allow people to constantly monitor their health and quickly prevent the onset of health problems.

Dr Andrew Conrad head of Google X's life sciences division stated that the system, is still in the early stages of development and would be able to detect cancer cells when they first appear by using nanoparticles that “search” the body for disease. The bracelet could allow diagnosis long before any physical symptoms appear, enabling early intervention to reduce the fatality rate of illnesses.

Google says that will be possible to make cells “light up” so the magnetic wristband can detect them as they pass through the arm in the bloodstream.

“We have (the nanoparticles) circulate around your whole body looking for those cells and we collect them using a magnet and basically ask them what they saw,” Dr Conrad explained.

"The central thesis of what we're trying to do at Google Life Sciences is that we're trying to change medicine from being episodic and reactive, like I go to the doctor and my arm hurts, to proactive and preventative," says [video] Andrew Conrad. "We’re making good progress but the journey is long and hard. So I think we will get there and I hope it’s years, not decades.”

Google X is dedicated to investigating potentially revolutionary innovations. Previously the division had developed glucose-measuring contact lenses for patients with diabetes and a spoon to counteract the tremors caused by Parkinson's disease.