High speed 5G mobile Internet likely to be available by 2020 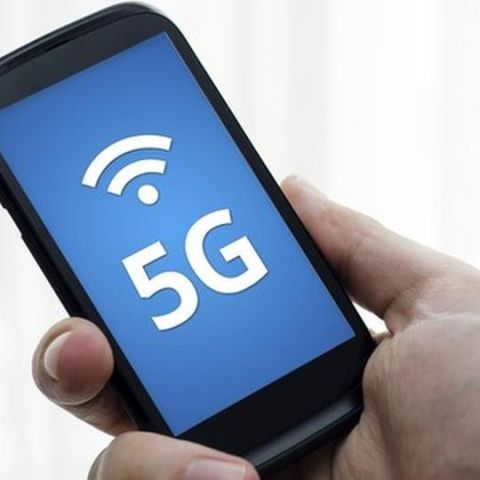 Scientists are testing high speed 5G technology and aim to bring it to consumers as soon as 2020. 5G service is expected to bring record-breaking speeds to mobiles, where users will be able to download 100 movies in just 3 seconds, according to reports.

Researchers at the University of Surrey's 5G Innovation Centre (5GIC), have tested one terabit per second speed during a recent test, which makes 5G service around 65,000 times faster than current 4G speeds. The team built their own transmitters and receivers, and then performed speed tests over a distance of 330 feet (100 metres).

UK phone regulator Ofcom stated that it expects 5G mobile to be capable of delivering between 10 and 50Gbps. The researchers plan to test the technology in public spaces by 2018, and is aiming for a British release in 2020 by Ofcom. The technology is expected to benefit numerous services like time lag in financial trading or playing holographic games in real-time with other smartphone users. Read: London Mayor says it will be first city to get 5G

Professor Rahim Tafazolli, director of the 5GIC stated, ‘We want to be the first in the world to show such high speeds.’ He added: ‘We have developed 10 more breakthrough technologies and one of them means we can exceed 1Tbps wirelessly. This is the same capacity as fibre optics but we are doing it wirelessly.’

The speeds recorded by the team exceeded anything achieved before for 5G, surpassing the 7.5 gigabits (940 megabytes) per second speed achieved by Samsung in October 2014. Read: South Korea ahead in 5G race

Electronics giant Huawei is also working on developing 5G technology, which it plans to launch by 2020. India has also tied up with Israel to jointly develop next generation 5G technology, even though 4G is still in nascent stage in the country.