Xiaomi Mi A2 Lite confirmed to be announced on July 24

Xiaomi has tweeted that the Mi A2 and the Mi A2 Lite smartphones will be announced at the company’s Global launch event on July 24. 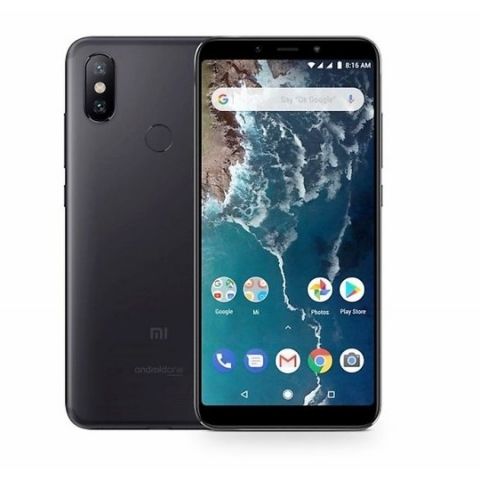 Xiaomi has confirmed that the Mi A2 and the Mi A2 Lite smartphones will be launched on July 24. The company’s announcement comes via a tweet that reads, “The #MiA2 & #MiA2Lite are coming your way very soon. Did you guess right? #2isbetterthan1.” The company is hosting a global launch event in Spain and now it’s official that the two devices exist and will be unveiled there. Mi A2 will be the successor of the company’s first Android One smartphone, the Mi A1, and is also expected to be running on stock Android OS. The Mi A2 Lite is suspected to be a smaller variant of the Mi A2, going by its recent listing on a Chinese e-commerce website.

Earlier, Xiaomi had tweeted an image that hints at the rear panels of the Mi A2 and Mi A2 Lite. As per the image, the devices are all-but-confirmed to sports a vertically-stacked dual rear camera setup, and that Mi A2 Lite will be smaller than the Mi A2. Xiaomi has not revealed much about the two upcoming smartphones, but going by the aforementioned online retailer’s listing, the smartphones will most likely be launched in multiple storage options. The Mi A2 Lite could sport up to 4GB RAM and 64GB of internal storage, while the Mi A2 could be running on up to 6GB RAM and up to 128GB storage. The listing also reveals that the Mi A2 Lite could be priced starting at $189.99 (Rs 13,000 approx) and rumours suggest that the Mi A2 might be announced at a starting price of CHF 289 (Rs 20,000 approx).

The #MiA2 & #MiA2Lite are coming your way very soon. Did you guess right? #2isbetterthan1 pic.twitter.com/KYsPKeHWa2

In terms of specifications, the Xiaomi Mi A2 could be powered by the Snapdragon Qualcomm Snapdragon 660 SoC and feature a 5.99-inch full-HD+ display with an 18:9 aspect ratio. It’s expected to launch running on MIUI 10, which is based on Android 8.1 Oreo. The dual rear cameras are speculated to feature a 12MP primary sensor and a 20MP secondary sensor, where both have a f/1.75 aperture. There might be an LED flash module between the two cameras on the back. On the front, it could be equipped with a 20MP sensor with AI-based features like AI Portrait mode, beauty mode and more. It could be a dual-SIM smartphone that is backed by a 3010mAh battery with a USB Type-C port and a 3.5mm audio jack.

Going by the Mi A2 Lite’s listing on the online retailer’s website, the smartphone could feature a 5.84-inch full-HD+ display with a 19:9 aspect ratio. It might be powered by a Qualcomm Snapdragon 625 SoC and run on a 4000mAh battery. Coming to optics, the device was listed with a 12MP + 5MP dual-rear sensors and on the front is a 5MP sensor on the front.