Xiaomi Mi 5 may feature Helio X20 chipset, and not Snapdragon 820 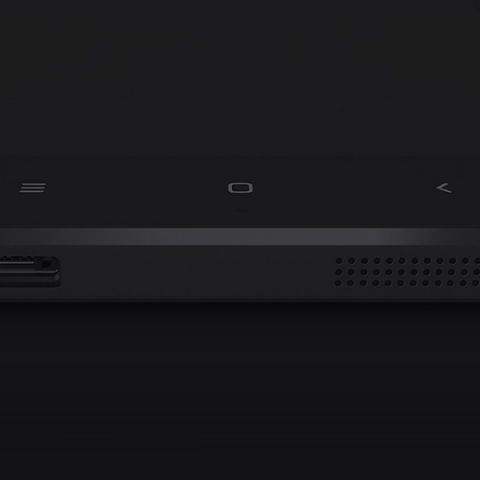 Xiaomi's upcoming flagship smartphone Mi 5, which is expected later this year, may run on a MediaTek processor. The speculation has surfaced after an AnTuTu benchmark screenshot was leaked yesterday, showing a score that's higher than what existing mobile processors have managed to achieve. Although this is in no way substantial basis behind the rumour, it is possible that Xiaomi might opt for a MediaTek Helio X20 to power its upcoming smartphone, if it launches the device later this year.

Previous rumours have pointed to a Qualcomm Snapdragon 820 chipset powering the Xiaomi Mi 5. The Chinese smartphone company has pointedly stayed away from the Snapdragon 810 chipset, which garnered a notorious reputation of overheating. Incidentally, its primary rivals OnePlus recently released its latest flagship, the OnePlus 2, which runs on an 'improved' version of the Snapdragon 810. Qualcomm showed off the Snapdragon 820 chipset earlier this year, and it has seen a number of speculations and rumours surrounding its architecture. However, OEMs might have to wait longer to equip their flagship devices with the Snapdragon's 820 SoC, which will be Qualcomm's highest-end chipset, once released. 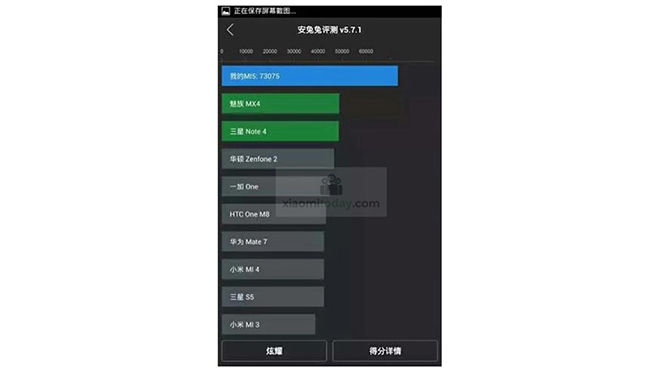 The MediaTek Helio X20, on the other hand, can be expected to reach the market sooner, and Xiaomi might be looking forward to releasing the rumoured Mi 5 later this year, rather than waiting for the Snapdragon 820 until early next year. The benchmark screenshot shows a score of 73075, which is higher than any existing cellphone right now. The widely-accepted best smartphone around, Samsung Galaxy S6 (and S6 Edge, running on Samsung's own Exynos 7420 octa-core processor) scores approximately 67000 in the AnTuTu benchmark test. Although benchmark scores are often not a perfect reflection of a phone's actual performance, the Helio X20 is believed to be an extreme performer — it reportedly features two Cortex-A72 cores, and eight Cortex-A53. After being somewhat overshadowed by OnePlus One with its present flagship, the Mi 4, Xiaomi will be hoping to come up with a stellar device.

Apart from the processor debacle, the Xiaomi Mi 5 is expected to feature 4GB of RAM, 5.3-inch QHD display, 16-megapixel primary camera with dual-LED flash, fingerprint scanner, USB Type-C port, and options for either 16GB or 64GB of internal storage. As of now, it seems fairly powerful on rumour sheets.