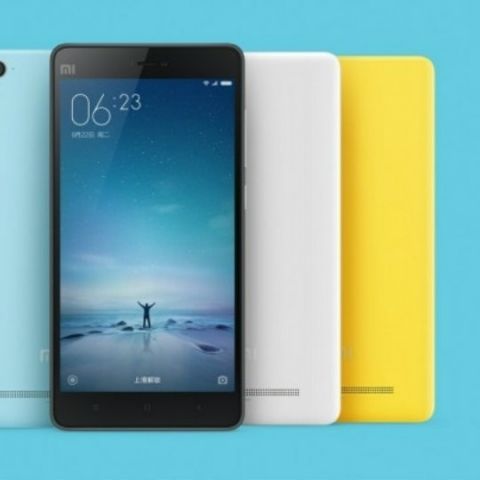 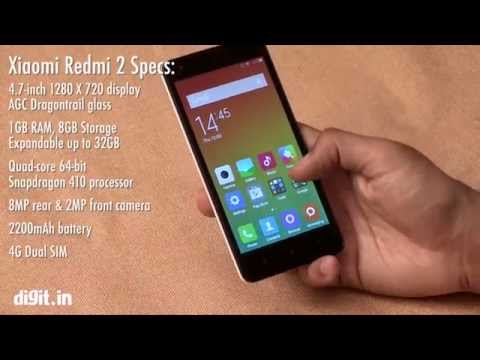 Xiaomi CEO, Lei Jun has just announced the launch of the Mi 4c in Beijing, China. The phone comes with a 5-inch Full HD display and is powered by a 1.8GHz Snapdragon 808 SoC. The display will come with Sunlight Display technology which improves screen visibility in bright conditions. At the back of the phone is a 13MP rear camera with phase-detection autofocus. According to Xiaomi, phase-detection autofocus will take less than 0.1 seconds to focus on an object. At the front is a 5MP camera with a wide-angle lens. 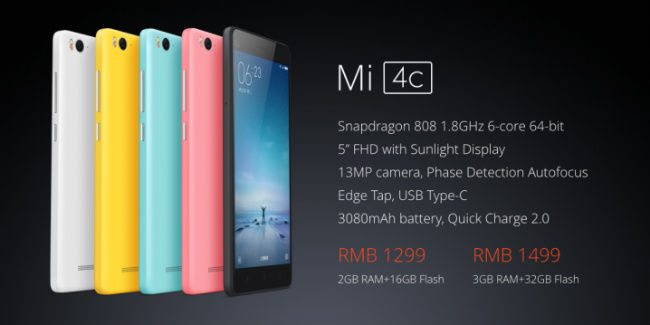 The device also comes with a number of additional features. It has a USB Type-C connector that supports Qualcomm’s Quick Charge 2.0 technology. It also has a built in IR blaster which Xiaomi claims to support over 2,000 appliances.The Mi 4c also comes with a feature called Edge Tap. With this feature, users can lightly tap at the display’s edges to interact with the device. For example, a single tap can take a picture while double-tap will take take the user back to the previous menu. The smartphone is currently shipping with MIUI 6 OS, but Xiaomi has said that it will be updated to MIUI 7 soon. The phone is available in Black, Blue, Yellow, Pink, and White color options. Xiaomi hasn’t announced if it will be launching the Mi 4c in any other country as of now.

An image of the retail box of the Xiaomi Mi 4c had leaked some time back and had pretty much confirmed most of the specifications about the device. Last week, Xiaomi co-founder and President, Lin Bin had confirmed that the device would be unveiled on September 22 and would be available in two variants. It was also rumored that only 100,000 units of the phone will be made available as it will be stop-gap handset till the launch of the Xiaomi Mi 5.