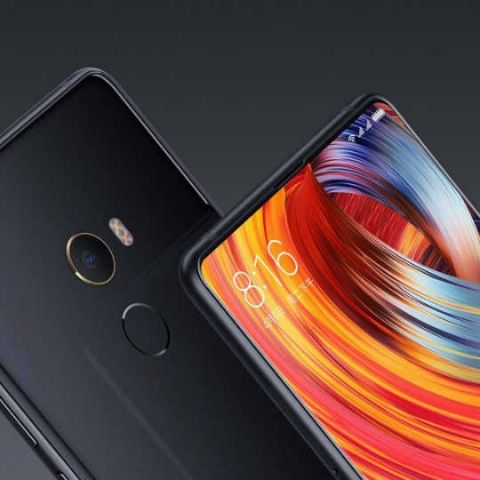 The Mi Mix 2 features 7-series aluminium alloy frame with four-sided curved ceramic body. The smartphone sports a 5.99-inch display with a Full HD+ resolution of 2160 x 1080 pixels and taller 18:9 aspect ratio, similar to the one found on the recently launched Vivo V7+. It is powered by Qualcomm's Snapdragon 835 chipset, coupled with 6GB RAM and option for either 64GB or 128GB or 256GB internal storage.

Xiaomi's Mi Mix 2 sports a bezel-less design but it doesn't offer a dual rear camera setup. It sports a single 12MP rear camera setup with a Sony IMX386 sensor, similar to the one found on the company's flagship Mi 6. The rear camera sensor supports larger 1.25 micron pixels and has four axis optical image stabilisation. The smartphone features a 5MP front camera and it continues to be placed at the lower side of the device. With the Mi Mix 2, Xiaomi has also tweaked the audio output with a hidden speaker and proximity sensor setup similar to Andy Rubin's Essential Phone. 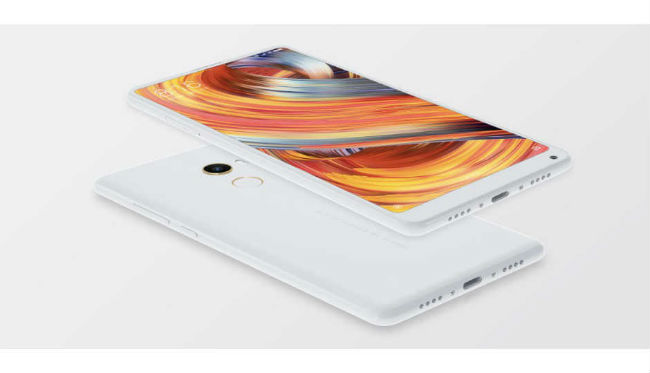 The Mi Mix 2 runs Xiaomi's MIUI 9 based on Android 7.0 Nougat. The smartphone is backed by a 3400mAh battery, which is smaller than the 4400mAh battery found on its predecessor. Alongside Mi Mix 2, Xiaomi is also introducing a Special Edition with ceramic unibody design and option for either black or white colour variant.

At Mi Mix 2 launch, Xiaomi also showcased Mi Note 3, a variant of company's flagship Mi 6 smartphone with a larger 5.5-inch display. The company also launched the Mi Notebook Pro with 15.6-inch display, 8th generation Intel Core processors, dedicated NVIDIA GeForce MX150 graphics, up to 16GB RAM, 256GB SSD storage. While we have no info on whether the Mi Note 3 and the Mi Notebook Pro is coming to India, Xiaomi’s VP Manu Jain has confirmed via a tweet the Mi Mix 2 is heading to India. 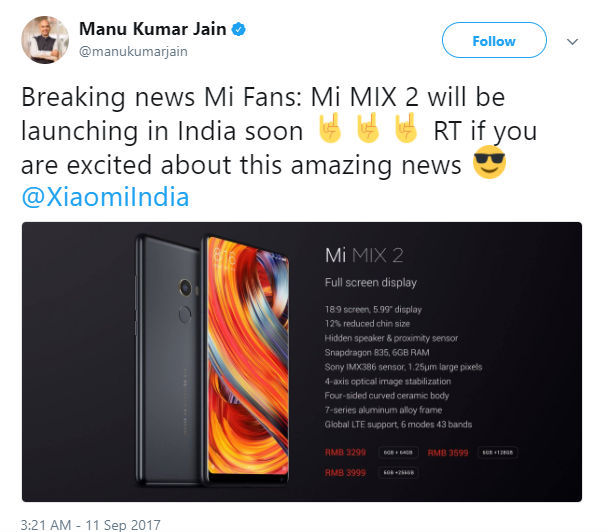