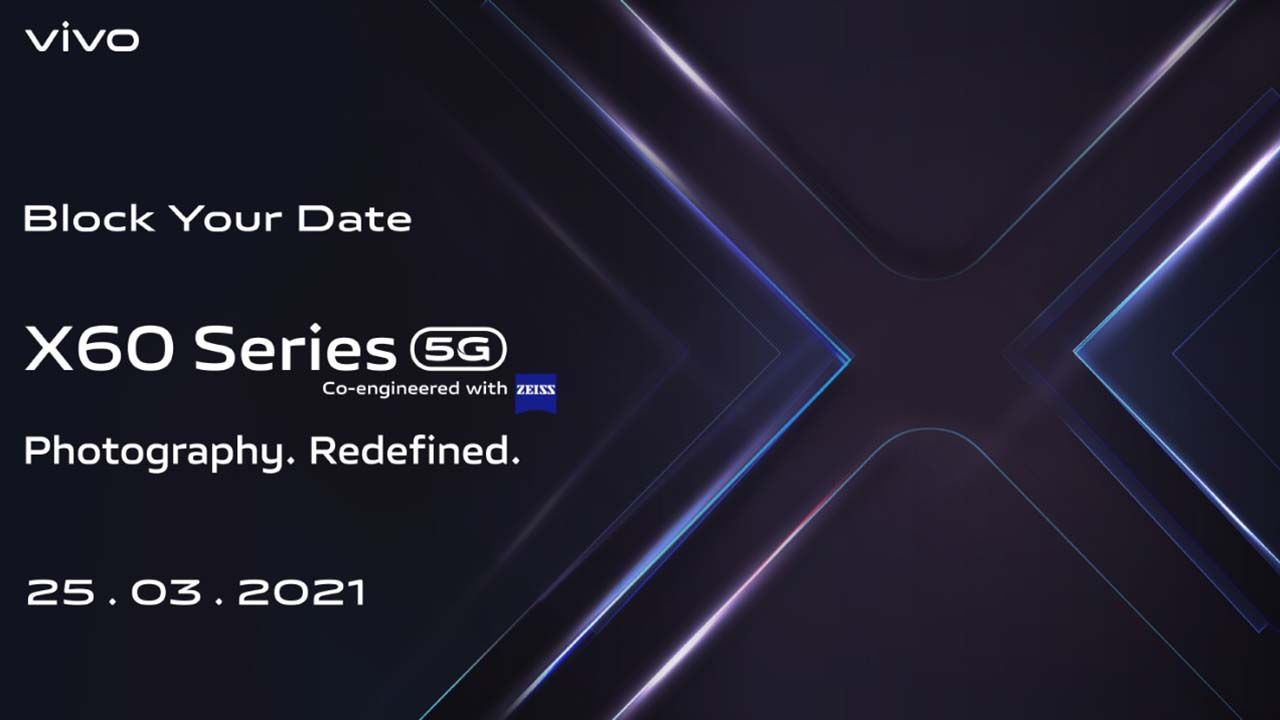 The Vivo X60 series is finally set to launch in India, with the company deciding to make the phones official on March 25. The series is set to bring with itself three new phones -- X60, X60 Pro and the X60 Pro+. All three devices will be coming to India after being previously launched in the Chinese market.

The information about the phone's launch comes after we exclusively revealed Vivo's plans of launching the series towards the end of this month -- something that was also confirmed by the company during an interaction at a later date. While the company has not revealed any information about the hardware of the devices, we have previously received exclusive information from sources close to the matter that the X60 series will be powered by the Snapdragon 870 and Snapdragon 888 SoC.

Aper our source, Vivo plans to equip the X60 and X60 Pro with the Qualcomm Snapdragon 870 chipset. This recently launched chip is an enhanced version of the Snapdragon 865 SoC. Based on 7nm process technology, this chip comes with a Kryo 385 CPU and has a tri-cluster architecture. As for the X60 Pro+, Vivo will equip the device with a Snapdragon 888 SoC -- the most powerful Qualcomm SoC available at the moment. This chipset has already been used on a number of flagships this year and promises flawless performance for all tasks, including gaming, photography, and multitasking.

Apart from the chipsets, we don't have any other confirmed information about the Indian models of the X60 series phones. However, we expect them to feature similar specs to what's available on the models launched in China.  As such, the Vivo X60 and X60 Pro will likely flaunt 6.56-inch Full HD+ (2376 x 1080 pixels) resolution displays that use an AMOLED panel with a 120Hz high refresh rate and offer HDR10+ playback certification. Paired with the above-mentioned chipsets could be up to 12GB of RAM on the phones.