Trump urges Cook to shift iPhone manufacturing back to USA

As per reports, the Apple CEO replied simply by saying that he understood the concerns. 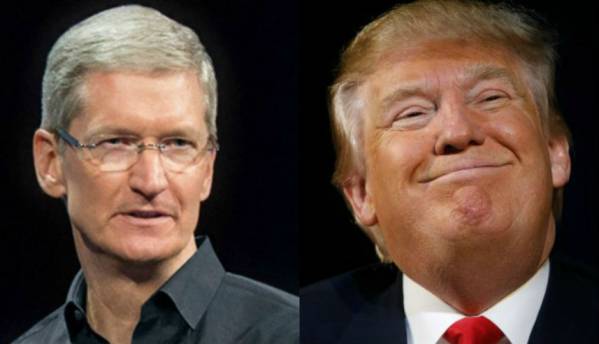 Trump urges Cook to shift iPhone manufacturing back to USA

US President-elect Donald Trump has reportedly spoken to Apple CEO Tim Cook about shifting manufacturing of the company’s iPhones back to the United States of America. In an interview with The New York Times, Trump stated how he would consider it a “real achievement” when Apple builds one, or multiple big manufacturing plants in the United States for making the company’s primary revenue generator, the iPhone.

According to the interview transcript, Trump said, “...instead of going to China, and going to Vietnam, and going to the places that you go to, you’re making your product right here.” Trump further went on to talk about the benefits that he wishes to provide for Apple and similar companies for manufacturing in the USA. He said, “I think we’ll create the incentives for you, and I think you’re going to do it. We’re going for a very large tax cut for corporations, which you’ll be happy about.”

In response to Trump’s approach, Cook reportedly answered by saying, "I understand that." The muted reply signifies the difficulty in moving significant shares of manufacturing and assembly back to the USA. On previous accounts, Tim Cook has cited lack of properly skilled and trained workers as the primary difficulty in shifting iPhone manufacturing plants back to the USA. Evidently, while manufacturing may not be at the peak of Apple’s plans right now, it remains to be seen how Apple reacts to the President-elect’s push for bringing manufacturing services back in the country.

Trump and Cook have been critical of each other in the recent past. During his campaigns, Donald Trump notably called for a boycott of Apple’s products when the company refused to key in a security backdoor on an iPhone involved in the San Bernardino shooting case. Cook, meanwhile, co-hosted a fundraiser for Hillary Clinton in the run-up to the elections, but not for Trump. Post-election, the Apple CEO published a note calling for unity among employees despite the verdict.

While Trump is focused on shifting manufacturing revenue back to the USA from China, the procedure is certainly not as straightforward, and Tim Cook’s response is an acknowledgement of the same. Nevertheless, it remains to be seen how Trump reacts to the proceedings after he takes charge.