The Rock made a movie...umm commercial with Apple's Siri

The Rock + Apple = FUN, says The Rock on his Facebook page. 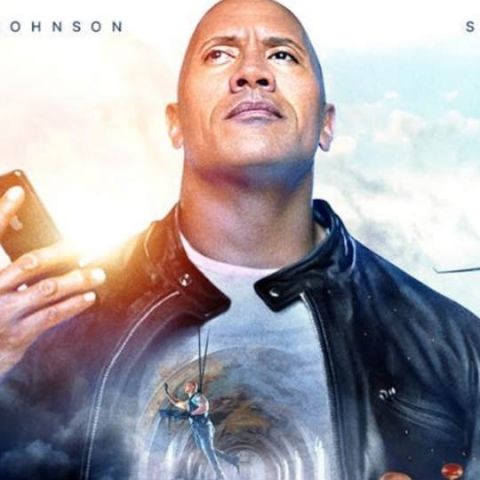 Siri is going to be famous. Not that she wasn’t famous already, but Apple’s voice assistant is going to feel real stardom soon. Again, not that she can actually feel things. Nevertheless, Siri is starring alongside “the most electrifying man in sports and entertainment” for a new movie. Dwayne “The Rock” Johnson and Siri will soon star in a film, which is more like an extended commercial for Apple. It's called The RockxSiri: Dominate the Day. The move is part of an alignment between The Rock and Apple, similar to the Cupertino, California based company’s collaboration with Taylor Swift earlier.

The...umm...movie is called The Rock x Siri, and as my colleague Shrey Pacheco points out, I do hope it announces a “Rock” voice for Siri. While that’s pure speculation on my part, the commercial...I mean movie, has a poster that The Rock shared on his Facebook page. And in the post, The Rock does say it’s a movie aimed at motivating you to “get out there and get the job done”. What better way to do that than being an artificially engineered voice that can tell you things.

If you wanted to speculate on what the commercial...no, movie...is all about, the poster has everything from alien invaders to cars, astronauts in space and more. So, if there ever was room for speculation, this is it. “I partnered with #Apple to make the BIGGEST, COOLEST, CRAZIEST, DOPEST, MOST OVER THE TOP, FUNNEST (is that even a word?) movie ever,” Johnson wrote on his Facebook page. According to Google, “Funnest” is indeed the superlative adjective for the word “fun”.

Update: The commercial is now live, and as expected all our speculations were wrong. Here's what The Rock is cooking with Siri. Spoiler: It involves cooking too.