The Xperia Z1 is the latest flagship that builds on the Xperia Z’s feature set. The lens style camera attachments will appeal to photographers, and the wide compatibility is an added bonus. Same with the much upgraded SmartWatch2. 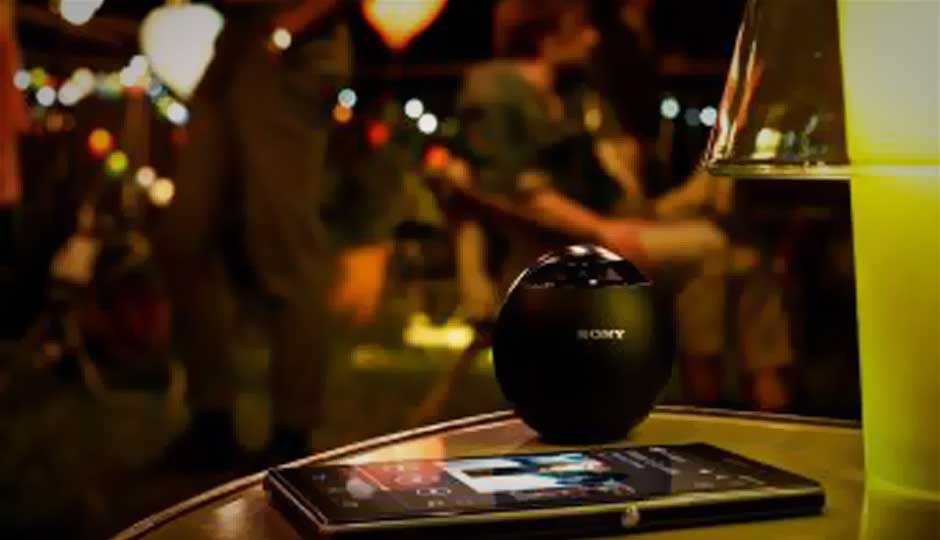 Sony has had a rather busy day in Berlin, with a slew of launches at IFA 2013. To make it easier for you to keep a tab on all things launched, we have all the info for you in one place. The smartphone, the lens attachments and the new smart watch have been shown off, and should be arriving in India sometime this festive season.

Xperia Z1 smartphone
Sony has officially unveiled the Xperia Z1 smartphone, known till now with the codename Honami. The latest flagship features a 5-inch Full HD display, the Qualcomm Snapdragon 800 quad-core processor clocking at 2.2 Ghz, 16GB of internal storage with a microSD card slot and a 3000 mAh battery. The Xperia Z1 will get 4G LTE in certain markets as well. The smartphone also features Sony’s award-winning “G Lens” with a 27mm wide angle and bright F2.0 aperture, a custom made large 1/2.3-type CMOS image sensor Exmor RS for the phone with 20.7MP and a BIONZ for mobile image processing engine.

Much like the Xperia Z Ultra, the Xperia Z1 carries forward the Dust and water resistant (IP55 & IP58) ratings, and carries on with the single piece aluminum frame and the tempered glass layer.

“Xperia Z1 represents a significant milestone for Sony in our continued efforts to deliver unforgettable experiences to our consumers,” says the company.

The phone will be available in Black, White and Purple colours, but the pricing and global availability has not been announced.

The “lens style” cameras
Along with the smartphone, Sony also announced the QX10 and the QX100 “lens style “ cameras, under the Cyber-Shot branding, which are designed to be mounted on smartphones and will be operated via the smartphone. Both have built-in battery packs, and are not restricted to just Xperia smartphones. 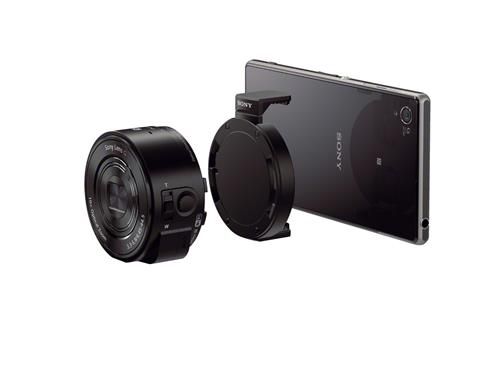 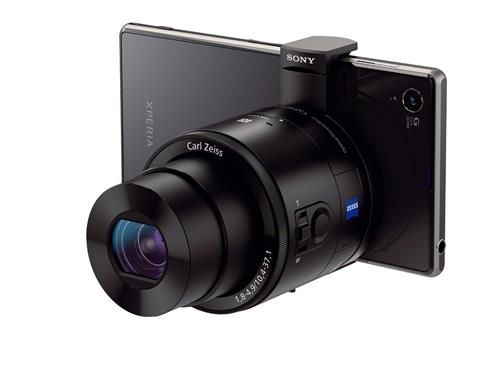 The QX10 on the left, and the QX100 on the right, both currently attached to the Xperia Z1.

SmartWatch 2
Sony also showed off the SmartWatch2, which is certainly a major upgrade over the first generation SmartWatch that we had reviewed. Sony is placing this accessory as the second screen for your Android phone, something that wasn’t really true for the version it succeeds. The SmartWatch2 features the ability to handle phone calls (dial, answer, reject), can send a command to the smartphone to take a photo, control presentations using the Presentation Pal app, control media playback on the phone and even read emails when not connected to the phone. This is certainly a major upgrade over the previous SmartWatch, and the wider compatibility and NFC capability.

The price of the SmartWatch 2 has not been confirmed.