Aside from walking, talking, and dancing, the robot can receive calls, take pictures, and work just like a normal smartphone 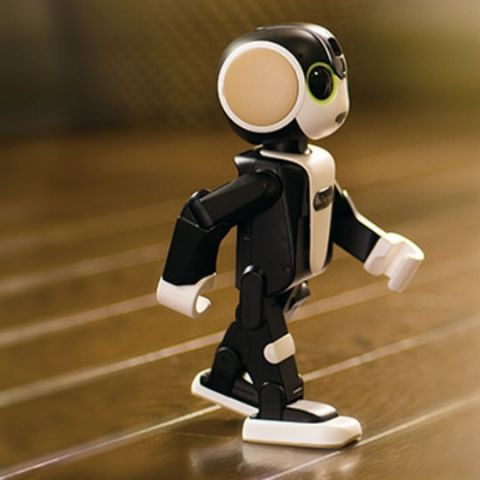 The smartphone in your pocket can take amazing pictures, display high-resolution videos, connect with the world through high-speed internet, but is it a robot? Of course it isn’t. Seeing this (obvious) gap in the smartphone market, Sharp has unveiled RoBoHon. RoBoHon is a complete smartphone that is also a walking, talking, and dancing robot scheduled for release by 2016.

RoBoHon is powered by a 1.2GHz Qualcomm Snapdragon 400 processor, and has a 2-inch QVGA screen on its back. It runs on Android (of course), and is 3G and LTE enabled. There is also a camera located between its eyes, and a pico projector located on its forehead. The robot will also read out text messages and answer calls via a speakerphone.

The robot itself weighs about 390g, and is about 19.5cm tall. While that isn’t exactly pocket-friendly, having a small robot sticking out of your pocket is definitely a conversation starter. However, there is also a small carry bag than can be used to carry RoBoHon around.

RoboHon is designed by Tomotaka Takahashi, a renowned roboticist. He also designed and developed Kirobo, a robot that was sent to the International Space Station (ISS). The robot was launched into space on August 4, 2013 and arrived at the space station on August 10. It was specifically designed to navigate in zero-gravity environments. The main goal of Kirobo was to study how well robots would interact with each other. It is hoped that the robot would lead the way for more robots, that would take a more active role in assisting astronauts during missions, and certainly refrain from developing evil, electronically evolved notions of unleashing hell on our planet.

Robots and artificial intelligence are slowly integrating themselves into our daily lives. Virtual assistants like Siri, Google Now, and Cortana are already there on smartphones, and can do a variety of tasks. However, we all know that they are far from perfect, and getting them to just work properly takes a while. So, it remains to be seen how responsive RoBoHon will be when it is launched next year. As for now, it seems like a robot-ruled apocalypse is some distance away, unless robots have figured out a way to create more robots. Oh, wait...