Samsung is reportedly working on an Apple Pay competitor

Samsung's LoopPay tech is supposed to be compatible with more stores than Apple's NFC-based Apple Pay. 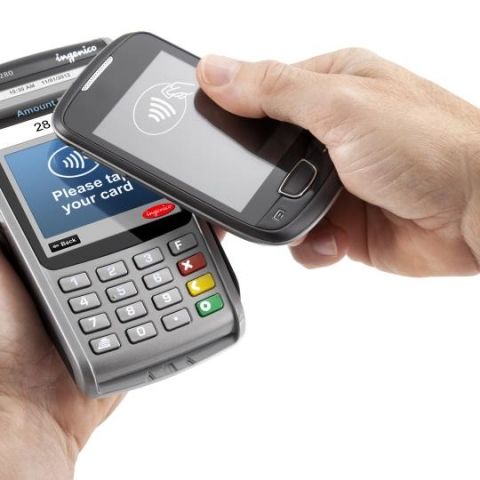 Samsung is reportedly working a new payment system that will work with its fingerprint sensor tech on its devices. Also dubbed as Apple Pay competitor, the payment system is expected to be launched next year.

According to reports, Samsung is working with a company called LoopPay to embed the LoopPay tech in its smartphones next year. LoopPay is known for "Magnetic Secure Transmission" that allows users to pay with their phone even at terminals that don't support NFC. It's notable Apple's Apple Pay allows you to make payments with merchants that support NFC.

Samsung's current flagships – Galaxy S5 and Galaxy Note 4 – already supports PayPal integration that works with the fingerprint sensor on the devices. Samsung is expected to launch next flagship phone, dubbed as  the Galaxy S6, early next year. Reports suggest the phone may be unveiled at the MWC show in Barcelona. Samsung may look to integrate LoopPay tech in the next flagship in order to compete with Apple Pay.

Mobile payment has grown globally. According to Wikipedia, the mobile payment market for goods and services, excluding NFC and money transfers, is expected to go past $300B globally by 2013. Back in India, wallet system has also gained popularity. Paytm, a popular m-commerce platform, claims to have 5 million active wallets within 10 months of launch, out of which 6.5 million with money or saved cards. Also read: Mobile commerce in India: Ready to hit mainstream?

As far as NFC payment goes, the platform faces a number of challenges for wider adoption. Lack of supporting merchants, infrastructure, ecosystem and standards are some notable challenges.

In India, the NFC payment hasn't seen much of buzz so far. However, companies such as iKaaz are working to increase adoption of NFC payments among merchants as well as consumers. The company provides NFC tags which can be stuck on the back of the phone and can be linked to any credit/debit/prepaid card, converting the phone into a usable mobile wallet.