The Samsung Galaxy S9 and the S9+ will be launched in February at MWC 2018. Based on what the flagship processor, that will power the phone, brings to the table, the Galaxy S9 could become the fastest phone in the world, and more. 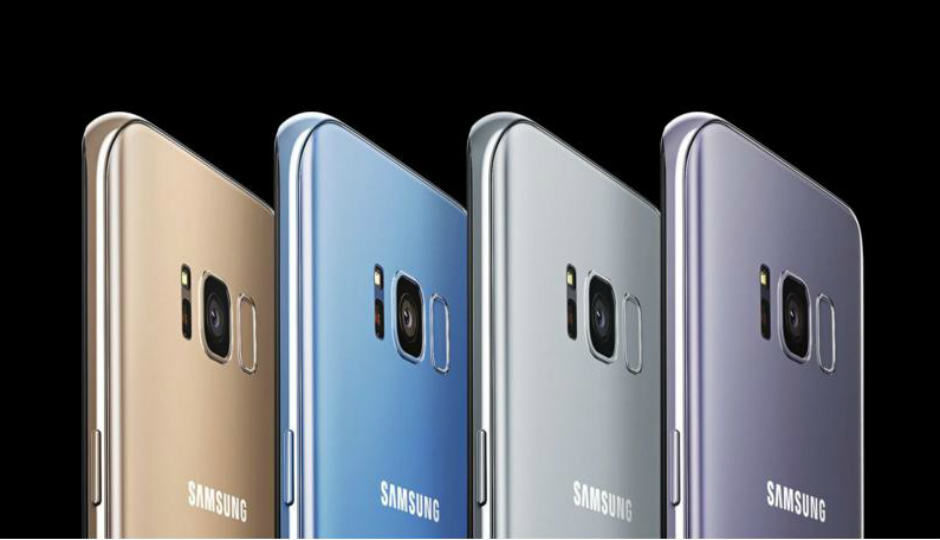 The Samsung Galaxy S9(₹ 34999 at amazon)’s launch is imminent now that the Korean tech giant has unveiled its flagship chipset for 2018. During a Pre-CES event, Samsung announced the Exynos 9810, its in-house 10nm processor that will be powering its flagship Galaxy S9 and the Galaxy S9+ and perhaps also the Galaxy Note 9 later this year. In fact, Samsung’s president of mobile business DJ Koh formally announced at CES that the Galaxy S9 will launch ahead of Mobile World Congress in Barcelona in February. Like every year, the phone will be the harbinger of the best Samsung has to offer. Although, this year, Samsung will have to play catchup with Apple in terms of 3D facial recognition and dual cameras, which were missing from the Galaxy S8 last year.

Based on the abilities the new Exynos 9810 chipset will bring to the table, we have speculated on the features likely to be seen on the Galaxy S9 and the S9+. We have also scoured the internet for rumours and leaks to get an idea of what the Galaxy S9 will be like.

The Exynos 9810 which will be powering the Galaxy S9 in most global markets except for the US, features a 3rd generation custom CPU that has been upgraded with wider pipelines and an optimised cache memory to reach a clock speed of up to an astounding 2.9GHz. The chipset is built on the 2nd generation 10nm FinFET process and Samsung claims there has been a two-fold improvement in single-core performance and 40 percent increase in multi-core performance. The octa-core chipset consists of four custom CPUs for high performance and four Cortex-A55 cores for efficiency. This means that the Galaxy S9 could become one of the fastest phones of the year.

Additionally, the Exynos 9810 sports the latest ARM Mali-G72 GPU that improves the performance by 20 percent over its predecessor. The GPU is built on ARM’s second generaton Bitfrost architecture that increases the performances but lowers power consumption. The GPU is also optimised for machine learning and high fidelity mobile gaming which indicates that the Galaxy S9 will have improved VR gaming capabilities and immersive graphical experience.

The extra firepower in the processor will be leverage by Samsung for “accurately recognising people or items in photos for fast image searching or categorisation, or through depth sensing, scan a user’s face in 3D for hybrid face detection.”

From what it seems, Samsung is teasing an iPhoneX-like depth sensing camera on the Galaxy S9 and the Galaxy S9+. Furthermore, Samsung mentions “realistic face-tracking filters” in its press release as well as “stronger security when unlocking a device with one’s face.” This indicates the phone will have animoji-like face filters as well as a separate secure unit in the chipset to store the face scanning data locally in the phone.

It’s not unexpected for Samsung to catch up to the competition. Huawei has already announced it is working on bringing the 3D-scanning camera to its devices and Samsung is not likely to ignore the innovation as well.

It’s no surprise that the Samsung Galaxy S9 will come equipped with dual cameras at the back. After debuting on the Galaxy Note 8, it is only logical for Samsung to use the same on the Galaxy S9. The Exynos 9810 sports a dual-ISP that supports up to 4 image sensors. This indicates that there will not only be dual cameras at the back, but on the front, we could see something in the lines of the FaceID camera on the iPhone X.

Within the dual ISP is one high-performing ISP and another that is power efficient indicating that one will be used to take high-quality photos and videos while the other could be used for facial recognition. There is also support for diverse image processing algorithms including demosaic, noise reduction, edge enhances and face beautification along with an improved AF engine for better phase-detection auto focus.

Additionally, the Exynos 9810 has abilities to augment the dual camera experience by improving bokehs and high resolution video capture. The Exynos 9810 supports 4K UHD video recording and playback at 120 frames per second. That is faster than what the iPhone X (review) supports as well as what the upcoming Qualcomm Snapdragon 845 chipset can do. The higher frame could also be leveraged for slow-motion 4K recording.

Additionally, the processor supports 10-bit HEVC and VP9 codecs that can render 1,024 different tones of each primary colour. This means that the camera can render 1.07 billion colours which is 64 times more than the 16.7 million colours rendered by a conventional 8-bit format.

Audio capabilities will be improved as well with support for 32bit/384KHz audio.

Based on leaked renders by case maker Olixar, it is rumoured that the Galaxy S9 and the Galaxy S9+ will retain the design as well as the dimensions of their respective predecessors. Moreover, support for 10-bit codecs in the ISP indicates the flagship will sport 10-bit display and support 4K UHD, which is Samsung’s format for HDR.

Like the upcoming Qualcomm Snapdragon 845, the Exynos 9810 is also equipped with the latest CAT18 LTE modem that can achieve downlink and uplink speed of up to 1.2Gbps and 200Mbps respectively.  The modem also supports 4x4 MIMO architecture. While the maximum speeds may not reflect across all the regions the Galaxy S9 will launch in, it is expected to improve the call quality and LTE connectivity.

Based on information leaked on Chinese social networking site Weibo, the Galaxy S9 could sport 4GB of RAM and be offered in either 64GB or 128GB of storage while the larger Galaxy S9+ could be offered in 6GB of RAM and either 64GB, 128GB or 256GB of storage. However, there are rumours that Samsung is planning to launch a limited-edition variant with 512GB storage in select markets. Again, based on screen renders, it is rumoured that the smaller Galaxy S9 can sport a single camera while the Galaxy S9+ will feature dual cameras which are vertically aligned and centrally positioned. The Bixby button is rumoured to remain in the upcoming flagships though, much to everyone’s chagrin.