The Galaxy S10 and the S10 Plus smartphones will reportedly sport small change in their designs and feature an in-display fingerprint sensor. They could come with a 3D sensing feature as well. 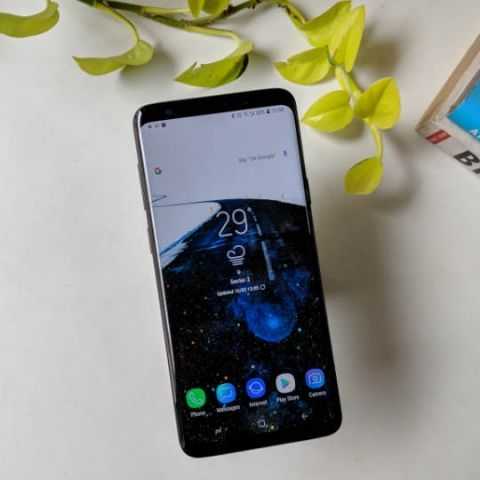 Samsung is expected to launch its Galaxy Note 9 next, which is rumoured to debut as early as July or August 2018. Now, a new report by The Bell suggests that the company has finalised the design for its Galaxy S10 smartphone and it will continue with the Infinity Display design, which was introduced with the Galaxy S8 smartphones. There could also be miniscule changes in display size for the smartphones, as the Galaxy S10 is said to feature a 5.8-inch screen this time, whereas the Galaxy S10 Plus could come with a 6.3-inch panel. In comparison, the Galaxy S9 and the Galaxy S9 Plus (review) devices sport a 5.77-inch and 6.22-inch display respectively.

The panel production for both the smartphones will reportedly commence in November this year. Rumours suggested that Samsung is working on a smartphone with a foldable display, which could be launched as the Galaxy S10 but this contrasting new report says that the company will stick with a more stable design for the smartphone. However, according to the Bell report, the company might incorporate the in-display fingerprint scanner on the Samsung Galaxy S10 and it is said to be under development by Qualcomm and Synaptics in the US, and Aegis Tech in Taiwan. Additionally, the smartphone could also come with a 3D sensing feature in the front, rear, or both the camera modules, which is reportedly under production in partnership with the firms Mantis Vision and Woodgate, the former is an Israeli camera solution company and the latter is a Korean camera module maker.

The Samsung Galaxy S10 is still a year away but as mentioned earlier, the company could be planning on launching its Galaxy Note 9 smartphone early this year. The device is reportedly being developed under the codename “Crown” and it is said to sport the model number SM-N960U. It could be powered by the company’s Exynos 9810 in global markets and Qualcomm Snapdragon 845 in other regions.

The Samsung Galaxy Note 9 is speculated to feature a 6.4-inch Super AMOLED display with an 18.5:9 display aspect ratio, which is just 0.2-inch larger than the Galaxy S9+. It was also spotted on Geekbench and the listing suggests that it could sport 6GB RAM, which is again same as the Galaxy S9+. It will most likely launch running on Android 8.1 Oreo and is reported to sport a larger 4,000mAh battery. The smartphone was also rumoured to feature an in-display fingerprint sensor, but the KGI analyst, Ming-Chi Kuo recently said that this won’t be the case and the phone will skip on it.

The Galaxy Note 9 was spotted running on the Snapdragon 845 SoC in the Geekbench listing and in single-core and multi-core performance, the device scores 2190 and 8806, respectively. The scores are more or less in line with the Galaxy S9+ running on Snapdragon 845, which scored 2,390 in single-core test and 8,420 in multi-core test. When we tested the Samsung Galaxy S9+ powered by the Exynos 9810 SoC, it scored an impressive 3769 and 8938 for single-core and multi-core performance.