The smartphone is powered by the company’s own Exynos processor coupled with 1GB RAM. It is 4G enabled and sports a 4.7-inch qHD display. 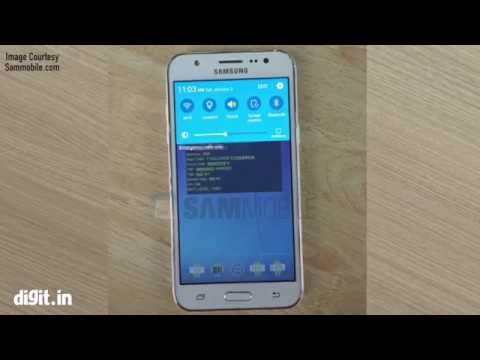 Samsung has added a new smartphone to its Galaxy J series, the Galaxy J2 (2017) in India without much fanfare. The device is listed on the Samsung India website along with its specifications and details, but its price has not yet been revealed. A Mumbai-based offline retailer, Mahesh Telecom had earlier tweeted an image of the retail packaging of the smartphone. He also mentioned that the price of the Galaxy J2 could be Rs 7,390.

The Samsung Galaxy J2 is powered by a 1.3GHz Quad-core Exynos processor. It comes with 1GB of RAM coupled with 8GB of internal storage, which can be further expanded upto 128GB using a microSD card. The Galaxy J2 features a 4.7-inch super AMOLED qHD (540 x 960p) display. It sports a 5MP rear camera with a flash and comes with a 2MP front facing camera for selfies. The smartphone is powered by a 2000mAh battery.

The Samsung Galaxy J2 (2017) misses out on a fingerprint sensor. It features dual-SIM support and is 4G enabled. In terms of connectivity, it sports Wi-Fi, Bluetooth v4.1, GPS, micro USB port and Wi-Fi direct. It also gets an accelerometer and a proximity sensor. It will be available in Absolute Black and Metallic Gold variants, however, Samsung has not yet put up the smartphone for sale.