Xiaomi Redmi 6 and Redmi 6A were unveiled in China on June 12 and Redmi 6 Pro will launch on June 25. Along with these phones, the company may also introduce Mi 8 and Mi Band 3 in the coming months in India. 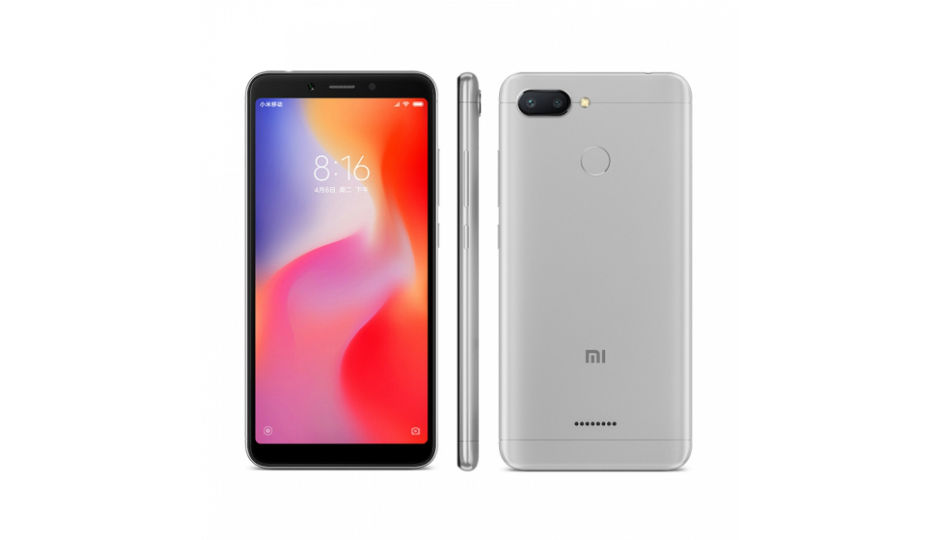 Xiaomi has been launching phones in China first and then internationally. The company launched the Redmi 5 and Redmi 5A first in China and then the devices were unveiled a few months later in India. The aforementioned phones are predecessors of the Redmi 6 and Redmi 6A that were launched on June 12. Another phone that belongs to the Redmi 6 series is the Redmi 6 Pro that will be launched in the Chinese market on June 25. Given the Xiaomi trend, all the devices that belong to Redmi 6 series are now expected to make their way to India. Sources tell GSMArena that the Redmi 6 series of devices will come to India within the next two months. A previous report on Mysmartprice also claimed that the company’s flagship device Xiaomi Mi 8 and its variants and Mi Band 3 may also come to the country in three months’ time.

Xiaomi recently launched the Redmi 6 and Redmi 6A. The Redmi 6 comes in a 3GB RAM/32GB storage variant and a 4GB RAM/64GB storage version, priced at RMB 799 (Rs 8,410 approx) and RMB 999 (Rs 10,517 approx) respectively. The Redmi 6A launched in a single 2GB RAM variant with 16GB internal storage, priced at RMB 599 (Rs 6,306 approx). Both smartphones will be available in China from the company’s online and offline stores starting June 15.

The Redmi 6 and Redmi 6A keep up with the thin-bezel trend and feature a taller 18:9 aspect ratio display, without a notch on top. Both the Redmi 6 and 6A are equipped with a polycarbonate rear panel with a brushed metal surface.

The Redmi 6 features a 5.45-inch HD+ display with an 80.5% screen-to-body ratio. It is powered by the MediaTek Helio P22 octa-core SoC. The device also makes use of AI for face unlock and comes with the company’s XiaoAI voice assistant.

In terms of optics, the smartphone features a 12MP + 5MP dual-rear camera setup that supports Phase-Detection Autofocus (PDAF). On the front is a 5MP sensor that supports Xiaomi’s AI Portrait mode, which is said to render images with a “realistic bokeh effect”, even though there is only a single lens.

The Redmi 6A shares the same design and screen size as the Redmi 6, however, it runs on the MediaTek Helio A22 SoC, which is also built on the 12nm process. It comes with a 13MP single rear camera with f/2.2 Aperture and PDAF support. It sports a 5MP sensor on the front with an f/2.2 aperture lens, which is includes supports for Face Unlock. The Redmi 6A is backed by a 3000mAh battery, which the company claims can deliver standby of up to 19 days.

As far as Redmi 6 Pro is concerned, latest reports indicate that the mid-segment smartphone will come with a notch. A tipster also posted a few images on Chinese microblogging platform Weibo which are claimed to be of the upcoming Redmi 6 Pro.

Redmi 6 Pro is expected to sport a notch and a 5.84-inch Full HD+ display with 19:9 aspect ratio. It could be powered by an Qualcomm Snapdragon 625 SoC clocked at 2.0GHz and house a 4000mAh battery. In the camera department, the phone could come with a 12MP + 5MP dual rear camera setup with Artificial Intelligence (AI) powered features. On the software front, Redmi 6 Pro is expected to have Android 8.1 Oreo OS.