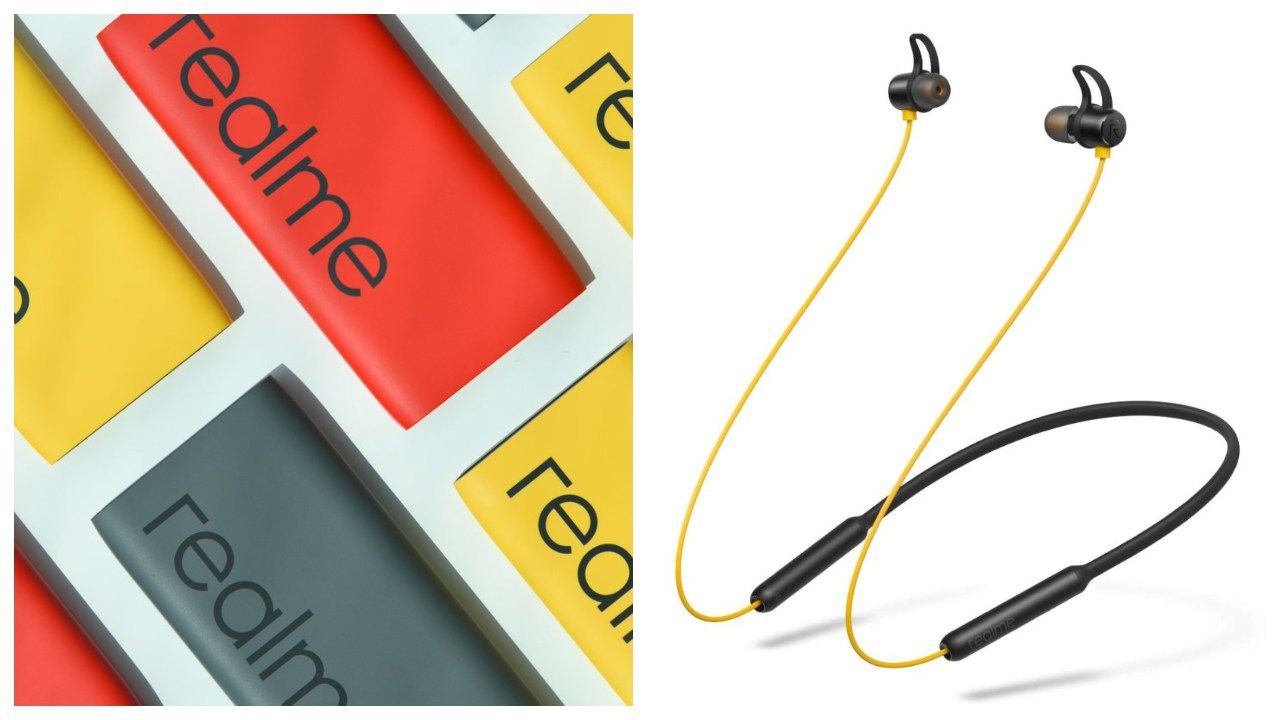 The Realme XT smartphone is expected to be joined by the company's 10,000mAh power bank and Buds Wireless earphones tomorrow.

While the star of tomorrow’s Realme launch event will be the Realme XT(₹ 16999 at flipkart) smartphone, two other sidekicks are expected to tag along with it. In other words, Realme will launch a 10,000mAh power bank along with the smartphone. In addition, the Chinese electronics manufacturer is expected to launch the Realme Buds Wireless earphones. The news of the launch of the two Realme accessories comes in the form of two recently published tweets.

The news of the launch of the Realme power bank comes directly from the company, which tweeted yesterday, “Power that lets you stay connected at all times!” The picture attached shows a rectangular power bank with tapering edges in multiple colour options, including yellow, red, and grey. Realme is expected to bring to India the same model it currently sells in China for 99 yuan (Rs 997 approx.). It is a 10,000mAh lithium-ion polymer unit with one USB-A port and one USB-C port. With an 18W charger, the power bank can be charged to full in about three and a half hours.

Power that lets you stay connected at all times!
Launching at 12:30 PM, 13th September on https://t.co/reDVoAlOE1. pic.twitter.com/P865bVkNDd

The news of the launch of the Realme Buds Wireless earphones comes not straight from the company but from popular tipster Ishan Agarwal on Twitter. “Don't ask me how or what but apparently Realme Buds Wireless are launching tomorrow as an Amazon Special for Rs. 1,_99 (below 2k it seems),” wrote the tipster, yesterday. According to him, the new pair of wireless audio buds from Realme is tuned by Norwegian DJ Alan Walker. Though Agarwal has been known to be right about his predictions and leaks in the past, we suggest you take this bit of news with a pinch of salt.

Realme will also launch the Realme XT smartphone in India tomorrow. The Realme XT is the company’s first model to sport a 64MP rear camera. The device consists of a total of four cameras on its rear panel, including the much-anticipated 64MP Samsung GW1 sensor. The Realme XT is expected to be powered by a Qualcomm Snapdragon 730G chipset with up to 8GB of RAM. Storage on offer is expected to up to 128GB internally with an option to expand up to 256GB using a microSD card. You can check out first impressions of the Realme XT’s camera here.

Don't ask me how or what but apparently Realme Buds Wireless are launching tomorrow as an Amazon Special for Rs. 1,_99 (below 2k it seems). Guess what, they will be tuned by Alan Walker (as ridiculous as that sounds). Here are some images. What are your thoughts? #Realme pic.twitter.com/h6lRNbsZQr