Realme 5s spotted on Geekbench ahead of November 20 launch 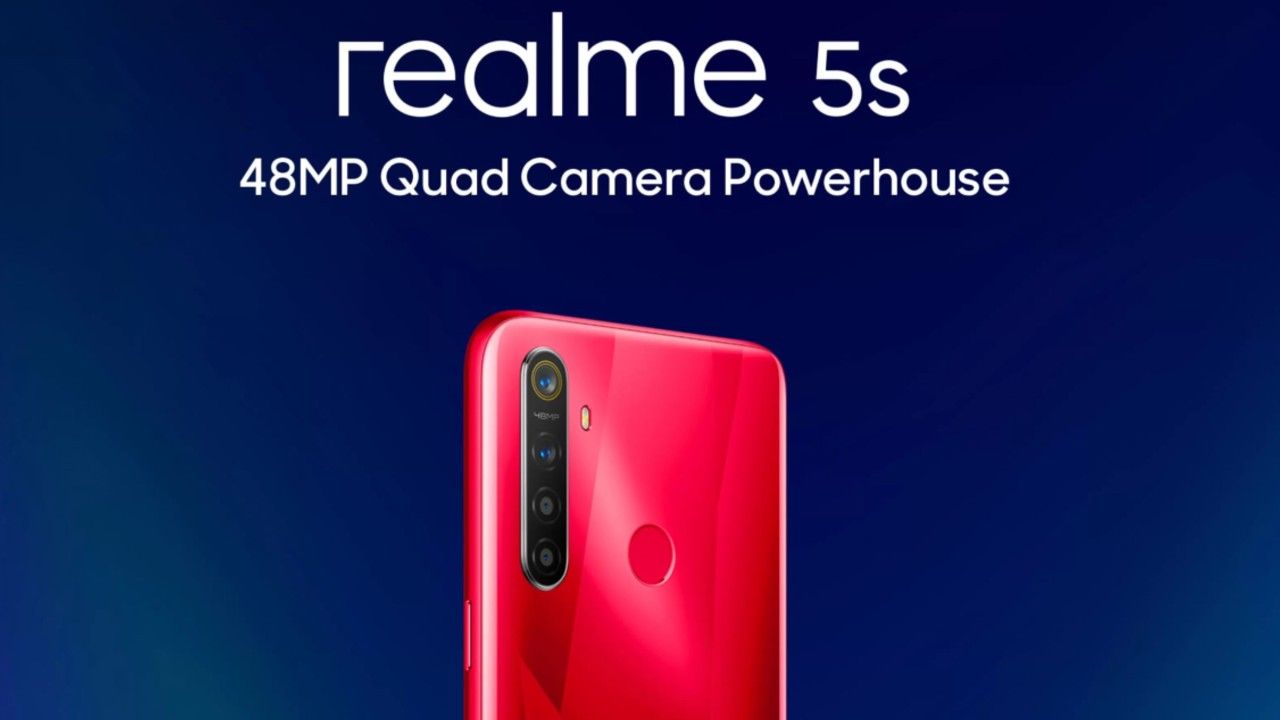 Realme 5s has been spotted on Geekbench.

Realme 5s will be powered by the Snapdragon 665 chipset.

Realme 5s will launch in India alongside the Realme X2 Pro on November 20.

Realme 5s will launch in India alongside the Realme X2 Pro on November 20. With the launch date just around the corner, the smartphone has reportedly passed through Geekbench. The listing has a Realme device with model number RMX1925 that is powered by the Qualcomm Snapdragon 665 chipset, paired with 4GB RAM. The device managed to score 314 points in the single-core test and 1,386 points in the multi-core department. It was spotted running Android 9 Pie.

The teaser page further reveals that the Realme 5s will sport a diamond cut back panel design. The smartphone will come equipped with a 48MP quad rear camera setup. Exact specifications of the other three sensors is still unknown. However, they are expected to be a wide-angle lens,  depth sensor and a macro lens. It will pack a 5000mAh battery.

Rumours claim that Realme 5s could be priced around Rs 9,000 for the base variant in India. It will launch with the Realme X2 Pro, tomorrow. The Realme X2 Pro features a 6.5-inch Super AMOLED display with a 90Hz refresh rate and a 2400 x 1080 pixels resolution. It is powered by the Qualcomm Snapdragon 855+ chipset. The base variant of Realme X2 Pro is equipped with 6GB RAM and 64GB storage. The handset sports a 64MP quad rear camera setup.

Realme X2 Pro packs a 4000mAh lithium-ion polymer battery with support for 50W SuperVOOC Flash Charge, which is said to fully charge the phone up in 35 minutes.