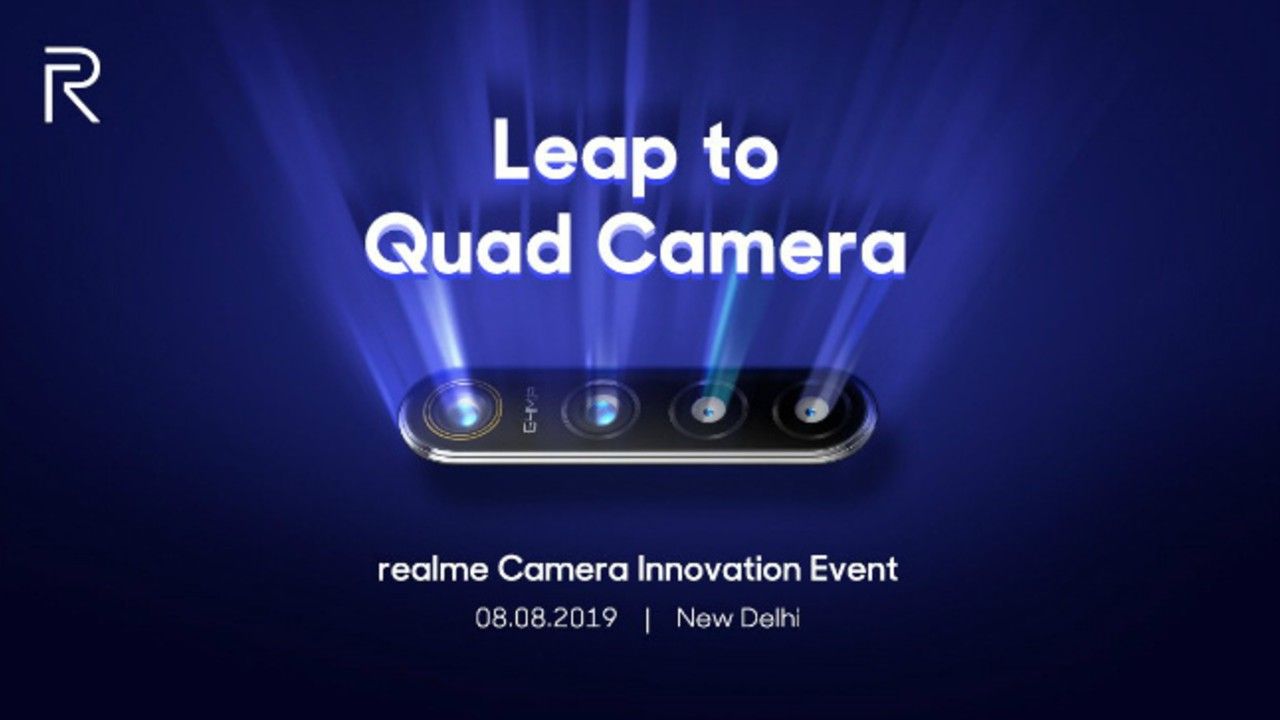 The smartphone could be called 'Realme 5.'

Realme has been teasing the existence of a 64MP camera smartphone for sometime now. The company has scheduled a briefing to showcase its camera tech on August 8, and just ahead of the event, Realme CEO Madhav Sheth has changed his Twitter handle to "Madhav '5' Quad." Last month, ahead of the Realme X launch, the executive changed his Twitter handle to “Madhav X." Going by that logic, it could be possible that the 64MP quad camera smartphone could be called 'Realme 5.'

Previously, Sheth had announced that Realme is developing a phone with Samsung’s Bright GW1 sensor that has a resolution of 64MP and uses the company’s ISOCELL technology to capture images. Last week, Realme announced that it will showcase the world’s first 64MP quad-camera on a smartphone at the company’s camera innovation event, scheduled for August 8. However, Redmi has bested Realme in the race to be the ‘first’ manufacturer to unveil a 64MP camera setup for a smartphone.

Looking at Realme’s short history, the company has followed a fairly simple naming scheme with the models having just a number acting as the main flagship, followed by Pro and Lite variants. Many were expecting the 64MP quad camera smartphone to be called ‘Realme 4’, but that is unlikely to happen as the number ‘4’ is considered unlucky in Chinese culture. OnePlus too skipped the ‘OnePlus 4’ and skipped to the OnePlus 5 after the OnePlus 3.

Coming back to the 64MP quad camera smartphone, Realme hasn’t announced a launch date for the device yet, but the smartphone is expected to debut in India before launching in other markets. Moreover, the company has also scheduled an event for August 15 in China. More details about the Realme 5 could surface in that event.

Just got hands on the world's first 64MP quad camera device that will be revealed this Thursday. Check how crazy the clarity is! Btw we don't believe in hype so this device will be the most practical choice at its price and it will be launched very soon. #StayTuned pic.twitter.com/4rM371St86