Oppo Reno 2 with quad-camera setup, 20x zoom to launch in India on August 28 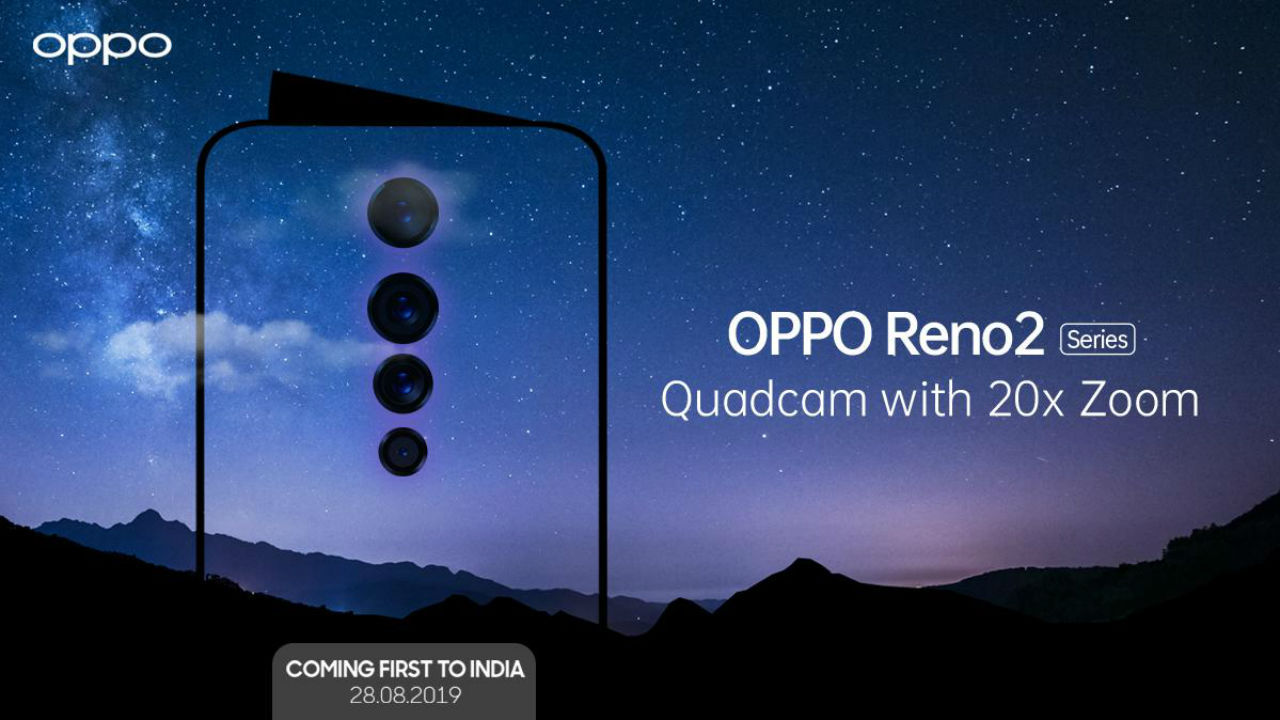 Oppo will launch the Reno 2 smartphone on August 28

The phone will feature a quad-camera setup with 20x zoom

Oppo may have launched its flagship in the Reno series in India a few months ago, but that isn’t stopping the company from already launching a successor. The company has announced that it will be launching the Reno 2 in India on August 28. The announcement was made via the company’s official social media channels. The company also notes that the phone will first launch in India.

As per the post, the Oppo Reno 2 will feature a 48MP quad-Camera setup with 20x zoom. This would include 20x digital zoom and 5x hybrid zoom. To recall, the company's current flagship, the Reno 10x Zoom offers… well... 10x zoom. The current device also comes with a triple-rear camera setup. Besides this, the teaser also suggests that the Reno 2 will continue to offer the ‘shark fin’ style pop-up front camera. Other camera features include Ultra Dark Mode for improved night shots as well as Ultra Steady Video which is said to offer “action camera level video.”

Oppo Reno 10x Zoom was launched in India in May. The phone packs a 6.65-inch Full HD+ AMOLED display with Corning Gorilla Glass 6. It features an in-display fingerprint sensor and a screen-to-body ratio of 93.1 percent. The phone is powered by a Snapdragon 855 SoC with 8GB RAM and 256GB storage. In terms of optics, the device sports a 48MP primary rear camera, an 8MP secondary rear camera and a periscope telescopic lens. For selfies, the device packs a 16MP sensor housed in the ‘shark fin’ pop-up camera module.

It should be noted that since the launch of the Oppo Reno 10x Zoom, Qualcomm has unveiled an improved version of its Snapdragon 855 chipset called the Snapdragon 855 Plus. The newer chipset has already been used by the ASUS ROG Phone 2 and the Xiaomi Black Shark 2 Pro. So, it is possible the the new Oppo Reno 2 may be powered by the new chipset.