The leaked renders reveal the OnePlus 9 and OnePlus 9 Pro will come in multiple colours. 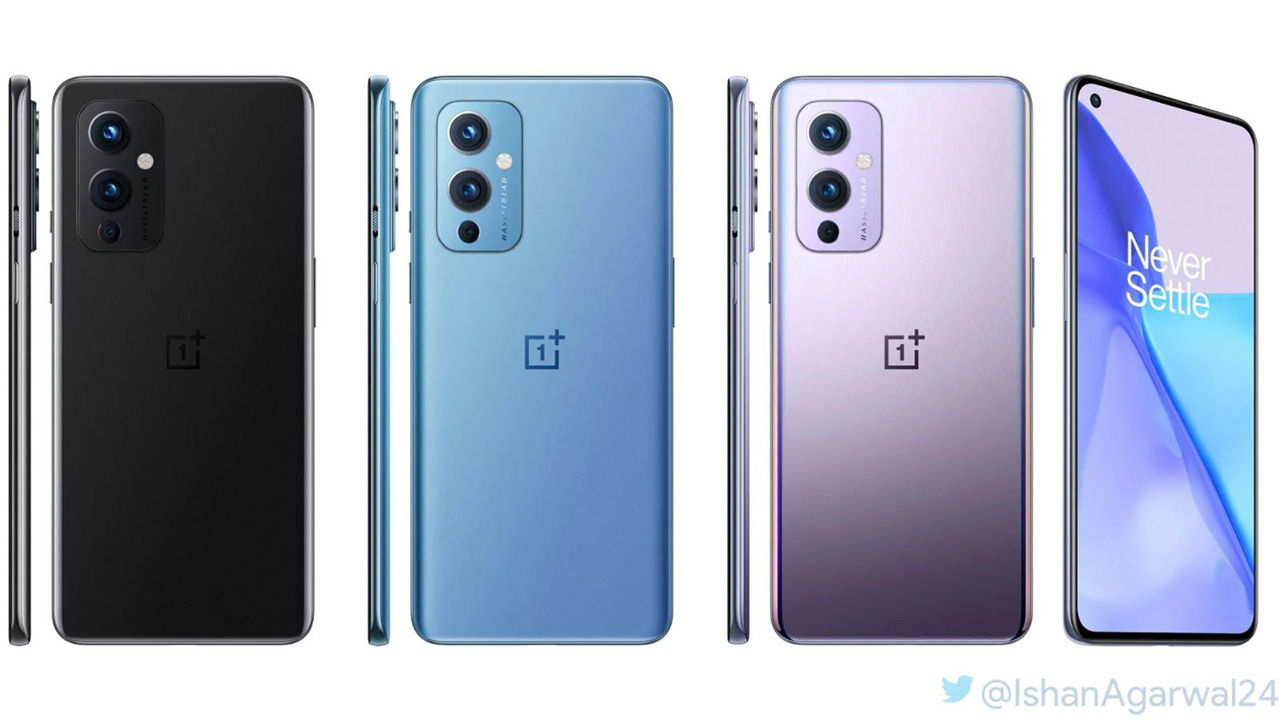 It's no secret that OnePlus is launching its new flagships later this month. The OnePlus 9(₹ 42999 at croma) series is set to bring with itself at least two phones -- the OnePlus 9 5G and OnePlus 9 Pro 5G. Ahead of the launch of the devices, reliable tipster Ishan Agarwal has again shared the leaked renders of both smartphones revealing their colour variants and design.

The leaked renders show the OnePlus 9 5G in three colours -- Stellar Black, Arctic Sky, and Winter Mist in the above-shown image. The device is shown to feature a flat display with a punch-hole design. On the other hand, the OnePlus 9 Pro 5G has been shown to come in three colours -- Astral Black, Morning Mist, and Pine Green, claims the tipster. Interestingly, the device is also shown to feature a curved edge display and a glass back.

Previously, the company had posted a short 15-second video on its YouTube channel, talking about the OnePlus 9 Pro's cameras. The teaser revealed that the OnePlus has partnered with Swedish brand Hasselblad to improve camera performance on the OnePlus 9 series. While both OnePlus 9 Pro, and the standard OnePlus 9 variants, are said to come with cameras that are tweaked and fine-tuned by Hasselblad. The new video, however, only shows the OnePlus 9 Pro in action. The video shows Hasselblad ambassadors Sarah Cooper and Nina Gorfer using the OnePlus 9 Pro to capture some images.