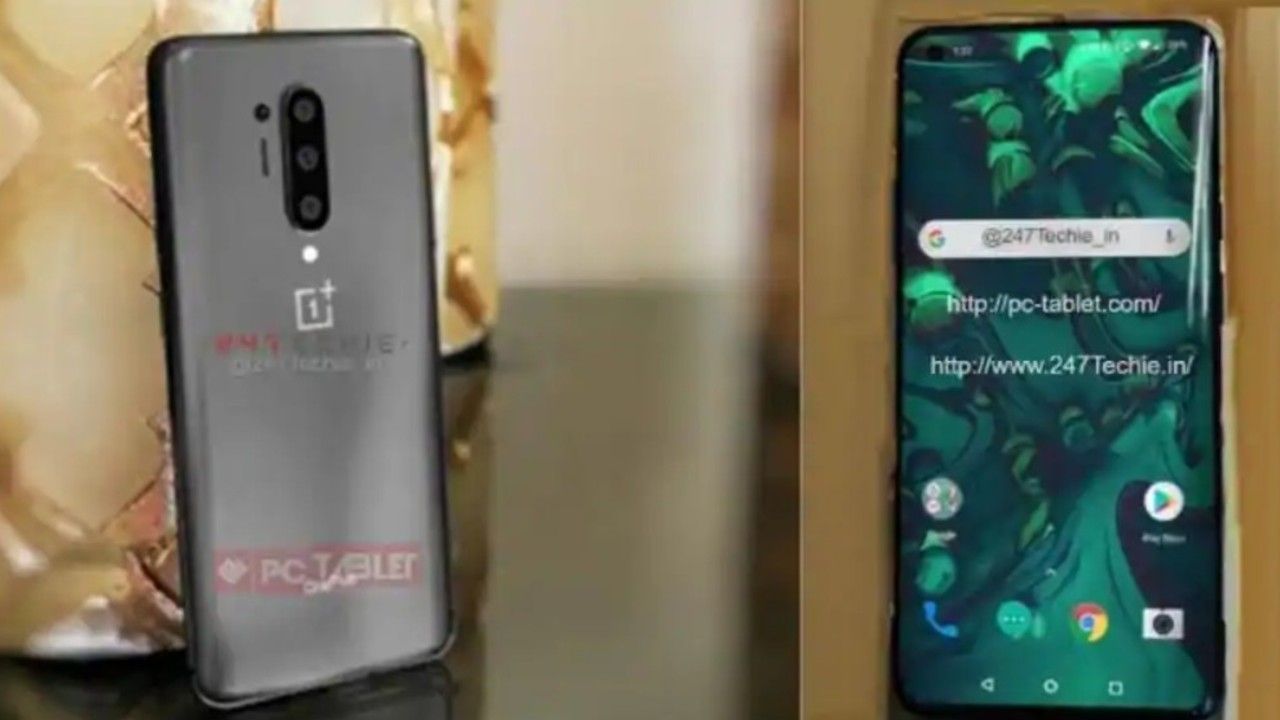 OnePlus 8 Pro is expected to be launched next month alongside the OnePlus 8. However, ahead of the launch, live images of the handset have leaked. They show the phone from the front and back. The leak reiterates the design that was seen in previously leaked renders. The newest leak provides a bit more detailed look at OnePlus 8 Pro’s design. It depicts the smartphone with a punch-hole camera in the front while the rear features a vertically stacked camera module. The rear panel looks similar to the OnePlus 7 Pro. However, the front features a punch-hole selfie shooter and even slimmer bezels on the side, and chin on the bottom.

These two images have been shared by 247Techie.in, and PC-Tablet.com, in collaboration. Recently, an alleged OnePlus 8 Pro was also seen sporting a punch-hole display surrounded by slim bezels. On the AI Benchmark, the OnePlus 8 Pro is listed below the Honor 9X Pro, Nova 5, Nova 5i Pro, Xiaomi Mi 10 5G and a couple of other models. Moreover, it is listed above the Google Pixel 4, ASUS ROG 2, Mi 10 Pro 5G and the Realme X2 Pro. The phone has been spotted running on the Qualcomm Snapdragon 865 chipset, paired with 12GB RAM.

The button placement looks similar to the OnePlus 7 series, volume rockers are placed on the left edge, whereas the alert slider and power key seem to reside on the right edge of the device. The OnePlus 8 Pro was also spotted on Geekbench where it scored 4296 on single-core and 12531 on multi-core tests. The phone is likely to come with a 120Hz refresh rate. Further, the handset may feature wireless charging as well as an IP68 rating for water and dust resistance.