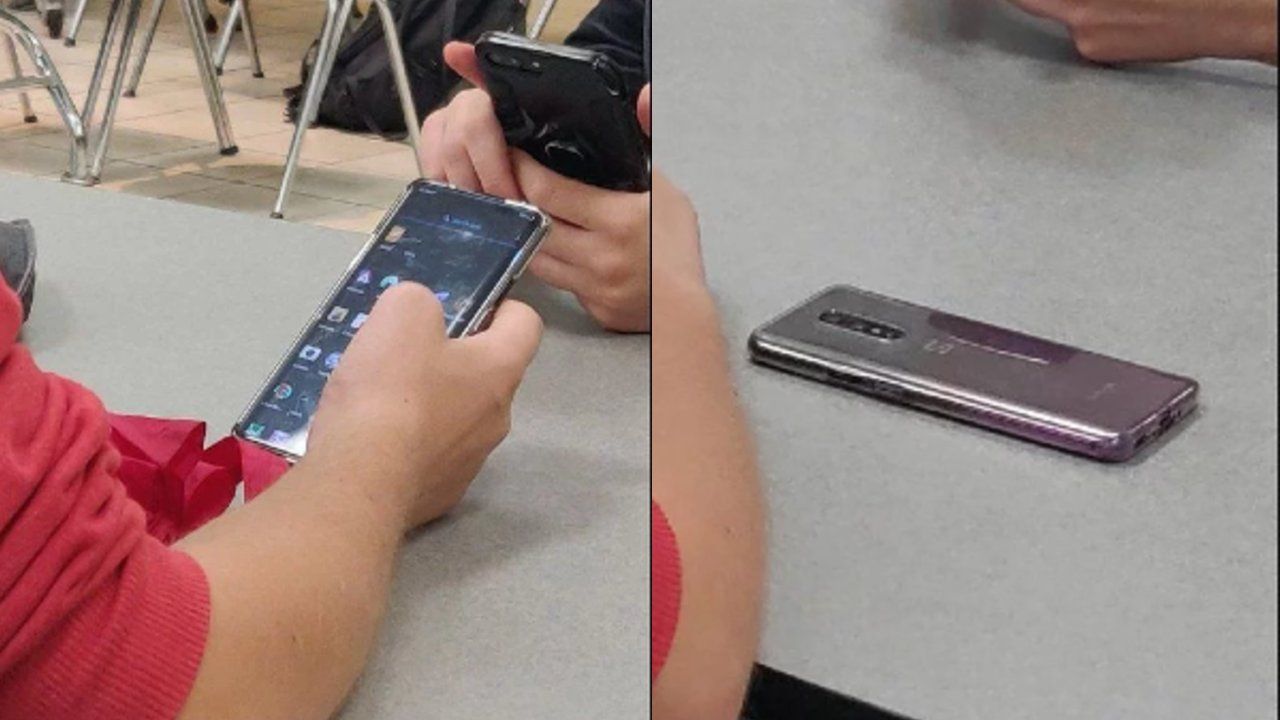 OnePlus could ditch the pop-up camera design in favour of a punch-hole display.

Recently, OnePlus 8 Pro was spotted on Geekbench as well.

OnePlus is expected to launch its next flagship in the upcoming months. It is said to include three devices, OnePlus 8 Pro, OnePlus 8 and OnePlus 8 Lite. The devices have been in the rumour mill for some time now. Recently, the company also announced the creation of its 120Hz Fluid Display that uses MEMC technology for smoother video playback and a QHD+ resolution. Now, the latest leak claims to show hands-on image of OnePlus 8 Pro.

A report from True Tech claims to show off the OnePlus 8 Pro, which reveals that the phone has a 120Hz selection option in the Settings menu. The report says the image could belong to a pre-production unit. It shows a smartphone design that indicates that OnePlus could ditch the pop-up camera design in favour of a punch-hole display. An alleged OnePlus 8 Pro is seen sporting a punch-hole display surrounded by slim bezels. The button placement looks similar to the OnePlus 7 series, Volume rockers are placed on the left edge, whereas the alert slider and power key seem to reside on the right edge of the device. 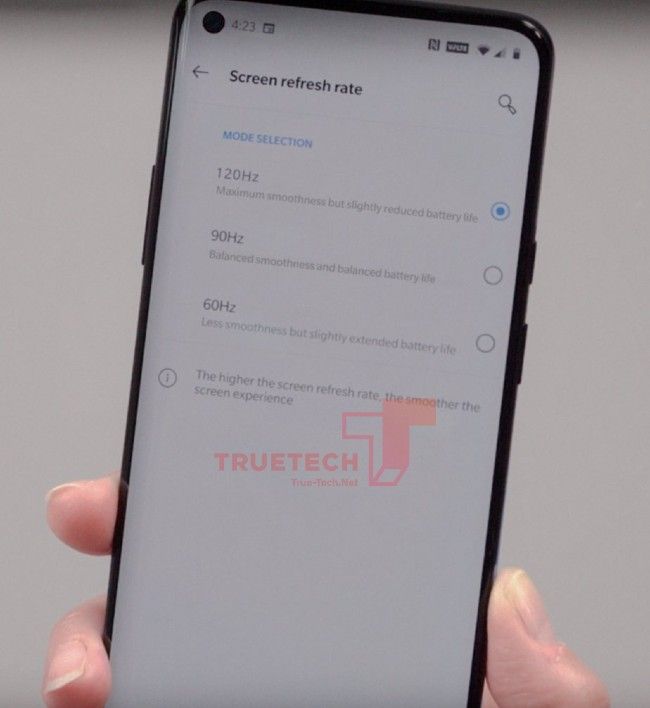 Recently, OnePlus 8 Pro was spotted on Geekbench that revealed that the flagship could be sold in a 12GB RAM variant, among others. OnePlus 8 Pro is codenamed ‘GALILEI IN2023’, features a ‘kona’ motherboard, and runs Android 10. The smartphone scored 4296 and 10603 in single-core and multi-core Geekbench 4 tests.