OnePlus 7 Pro will be a premium flagship with an all-new “super-smooth” display and 5G: CEO Pete Lau 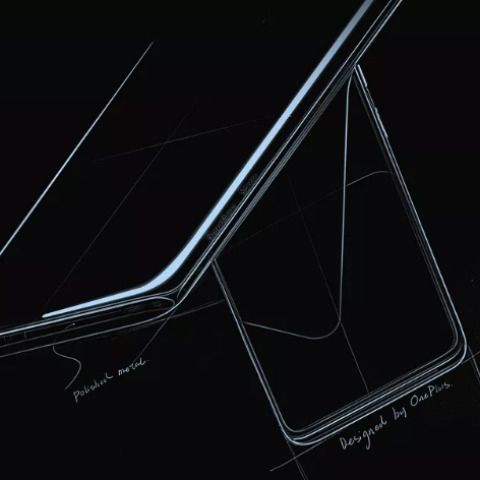 It is expected to cost as much as the Galaxy S10 or Huawei P30 Pro, and definitely more than the OnePlus 6T

OnePlus is expected to announce the launch date of its new flagship phones - two phones this time around - later today. OnePlus CEO, Pete Lau had teased the launch announcement on Twitter a few days back, but before his revelation on when the new flagship OnePlus phones will arrive comes through, Lau has spilled the beans on what to expect from the high end OnePlus 7 Pro.

In an interview with The Verge, Lau has confirmed that the OnePlus 7 Pro will feature an “all-new” display technology that will be the highlight of the device. Lau later tweeted about the same saying, “Indeed, our new product will utilize all-new display technology. We have invested significantly (technology is 3x cost of other flagship displays) in developing the technology just for OnePlus, a flagship screen experience that is truly best in the world.”

Conjecture has it that the OnePlus 7 Pro will feature a curved Quad HD+ Super AMOLED display with a 90Hz screen refresh rate (90 frames per second). This isn’t the first time we will see a high refresh rate on a smartphone. Previously, the Asus ROG phone and Xiaomi’s Razer phones have displayed refresh rates in the range of 90Hz to 120Hz. But, perhaps this is what the OnePlus CEO was teasing when he tweeted, “OnePlus will unleash a new era of Fast and Smooth. Especially Smooth! Smooth.”

Excited to share the next product from OnePlus will unleash a new era of Fast and Smooth. Especially Smooth! Smooth is more challenging than Fast - a true test of hardware and software.

The new product is just beautiful - I can't wait for you to see it!pic.twitter.com/yPU9sEbeIv

While Lau did not reveal the pricing of the OnePlus 7 Pro, The Verge reports that one can expect it to be close to the price of premium flagship devices like the Galaxy S10 or the Huawei P30 Pro. This will see OnePlus shift from its tradition of being a “flagship killer” by pricing its phones lower that the premium players, but offering flagship-grade hardware. Add to that, the OnePlus 7 Pro is confirmed to feature 5G connectivity, which again increases the cost of the device. We already know that OnePlus has partnered with Qualcomm for its 5G-enabled Snapdragon 855 chipset.

Another break from tradition is the fact that OnePlus is launching two flagships in one go this time around, rather than two in a year. It will be interesting to see how OnePlus fares in the premium smartphone market against the likes of Apple, Samsung and Huawei.

Other expected specs of the OnePlus 7 Pro include -  a triple camera setup cameras with a 48MP primary sensor, a pop-up front camera, Warp charge support at 30W, a 4000mAH battery, dual speaker setup, and USB 3.1 connectivity.

The OnePlus 7, on the other hand, can be expected to carry the same Snapdragon 855 processor, sans the X50 modem that supports 5G connectivity. It is expected to sport a 6.4-inch flat display with a water-drop notch.