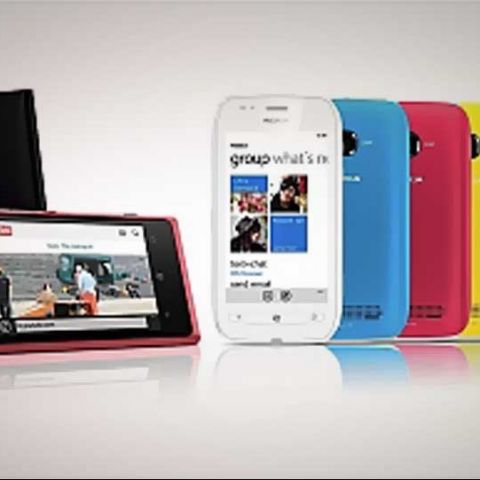 Nokia's highly-anticipated Lumia series of Windows Phone 7 handsets are reported to be launched in India today.

The Lumia 800 and the Lumia 710 are the first Nokia devices to sport Mango WP 7.5 platform and were recently launched at the Nokia World 2011. The company had then said the phones will be launching in India by the end of this year.

The Nokia Lumia 800 resembles Nokia's N9 handset. The device features a 3.7-inch AMOLED capacitive touchscreen, 1.4 GHz processor and 512 MB of RAM. The Nokia Lumia 800 comes with an 8 MP camera with a dual-LED flash. It has a 16GB of internal storage and 25GB of free SkyDrive storage for storing images and music. Check out the full spec details of the Lumia 800 phone here.

The Nokia Lumia 710 also sports a 3.7-inch capacitive display. The device features 8GB of internal storage and 512 MB of RAM. The Lumia 710 also has a 25GB of free SkyDrive storage for storing images and music. Check out the full spec details of the Lumia 710 here.

Nokia has high expectations from its Windows Phone powered devices, as it aims to compete with Apple's iOS and Google's Android. Read our previous coverage on the first Nokia Windows Phones here. In the meantime, we will keep you updated as more news breaks...