The sketch of the Nokia 10 is based upon the recently spotted Zeiss camera patent and rumours of the device that have been going around. 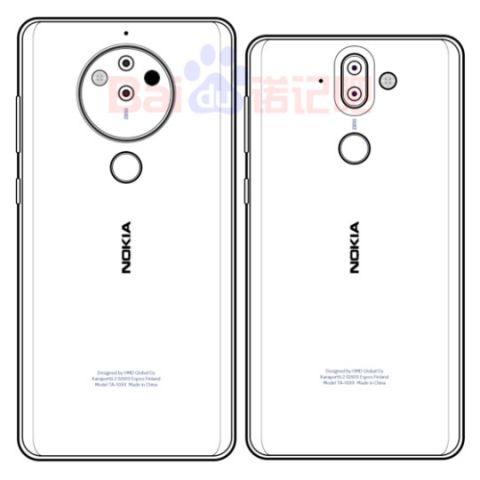 HMD Global is expected to launch some revamped smartphones like the Nokia 6 (2018), Nokia 8 (2018) and new devices such as the Nokia 9 and the Nokia 1 at MWC 2018. However, the company could also showcase a prototype of the Nokia 10 smartphone, which will reportedly feature a penta-lens camera setup and an all glass body design. NokiaPowerUser has posted new sketched images of the smartphone, which have been drawn by a “trusted leakster” and states that it is based upon rumors and the Zeiss camera patent.

As per the sketches, the smartphone’s camera looks indifferent from any other dual camera device. However, it will reportedly house other lenses inside the module, which will rotate for adjusting the focal length in combination with the main camera, as an earlier patent revealed. A previous report indicated that the penta-lens setup will change the camera setup from two cutouts to one bearing seven circular cutouts at the back, five of which will house camera lenses and two will house LED flashlights. It sported a design akin to the Lumia 1020, but as per the new sketch, it seems that this might not be the case.

The rear-placed fingerprint sensor is placed below the camera module on the Nokia 10. The smartphone is also expected to feature a double glass design on both the rear and front of the device, similar to the Nokia 9. It is also speculated to feature an 18:9 display with thin-bezel design and could be powered by the Qualcomm Snapdragon 845 platform.

The previous report claimed that the Nokia 10 will go into mass production by mid-2018, but will be unveiled in the first half of the year. It is speculated that the company could showcase a prototype of the penta lens smartphone at MWC 2018 and launch it at IFA 2018, however, these are speculations at this point and we will have to wait until the company officially announces the same.