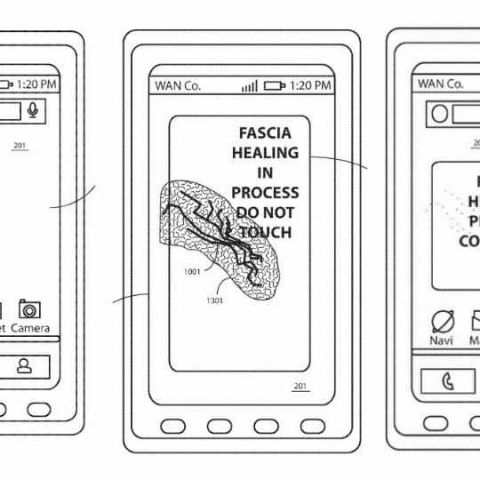 It seems like Motorola really wants to protect the display of its smartphones. After introducing its ShatterShield technology a couple of years ago, the company now has a patent for a self-repairing smartphone display. The abstract of the patent describes the phone with a fascia manufactured from a shape memory polymer. Thermal elements are then be placed either adjacent to the fascia or integrated in it. Once a scratch is detected, these thermal elements will then apply heat to a select portion of the display. This would then cause the memory polymer to regain its original shape. However, it seems like this system may not completely fix the display and may only “reverse at least some of the deformation.”

It should be noted that this is just a patent, and it is not yet confirmed that we’ll be seeing this technology on any future Moto devices as of now. However, the company’s other display protection technology, ShatterShield, is already being used on devices bearing the Force moniker. Currently there are three devices with this technology, namely the Moto X Force, Moto Z Force, and Moto Z2 Force. However, only the Moto X Force is available in India.