Moto Z2 and Moto Z2 Force is expected to be company's flagship smartphone with Snapdragon 835 chipset and 4GB RAM. The handset could be announced at company's July 25 event in New York. 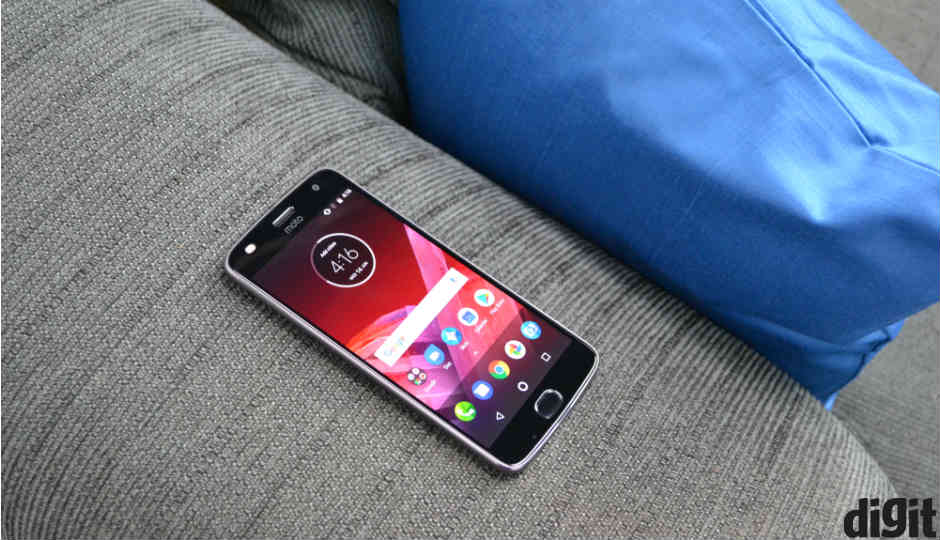 Motorola may have inadvertently leaked its upcoming Moto Z2 flagship smartphone. The handset was spotted in Motorola China's web page, and showed an as-of-yet modular smartphone and alongside the recently introduced MotoMods. The device in the image sports a dual-rear camera setup and is believed to be the upcoming Moto Z2 or Z2 Force.

The image has since been pulled down, but Android Headlines managed to grab a screenshot of the image. Motorola is expected to unveil its next smartphones at an event in New York on July 25. Most reports suggest that Moto Z2 will be announced, but it is possible that the company may also announce the Moto X4 and Moto G5S series.

Moto Z2 has been spotted on GFXBench benchmarking platform suggesting that the phone may sport a Qualcomm Snapdragon 835 chipset coupled with 4GB RAM and Adreno 540 GPU. The handset is expected to feature a 5.5-inch display with a Quad HD resolution of 2560 x 1440 pixels. The flagship modular smartphone will run Android 7.1.1 Nougat with support for Moto Actions and Moto Display.

The listing also revealed that one of the two rear cameras may be 12MP in resolution, while the front camera may be 5MP, same as the one found on the Z2 Play. Moto Z2 Force, on the other hand, is expected to feature same hardware specifications, but offer shatterproof display. The big selling point will be the support for snap on modules like JBL SoundBoost 2, Moto Gamepad, a 360-degree camera and MotoShell with a battery pack. Motorola has confirmed that it plans to introduce at least a dozen MotoMods this year.