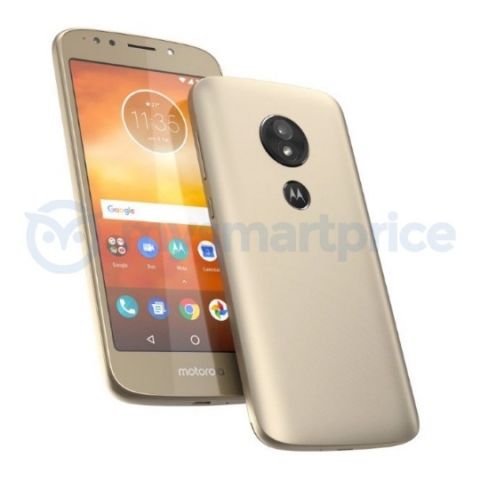 Motorola could soon reveal the Moto E5, which would be the successor to last year’s budget smartphone, the Moto E4. MySmartPrice has obtained an alleged image of the upcoming device and says that it could launch on April 3, 2018, which would be a couple of months earlier than its predecessor. The company could price the Moto E5 between $120-$150 (Rs 7,500 - Rs 9,500 approx) and is also expected to introduce a Play and Plus variant.

There is not much information regarding the hardware specifications of the device, given that only an image has surfaced. As per the image, the first noticeable design reform in the Moto E5 is the placement of its fingerprint scanner. It is now seen on the rear with the Motorola logo etched on top, which is a design departure from its predecessor that sported a front-facing fingerprint scanner embedded into the home button.

The smartphone still sports a 16:9 screen display ratio with what looks like a 5-inch display, despite the fingerprint sensor being relocated to the rear. There is also a front-facing camera with an LED flash and on-screen soft navigation buttons. Both the power button and volume rocker are placed on the right side of the phone and it comes with a micro USB port at the bottom. There is also a centrally placed single camera sensor on the back with an LED flash.

The Moto E5 is expected to be powered by a MediaTek chipset, same as its predecessor and will reportedly be launched as a dual-SIM smartphone. It is touted to feature connectivity options like GPS, Wi-Fi, Bluetooth, and a 3.5mm headphone port at the top.