A KGI Analysts report suggests that Apple will go with a TFT-LCD display for the smaller 4.7 inch model, while the iPhone 8 Plus may sport OLED. 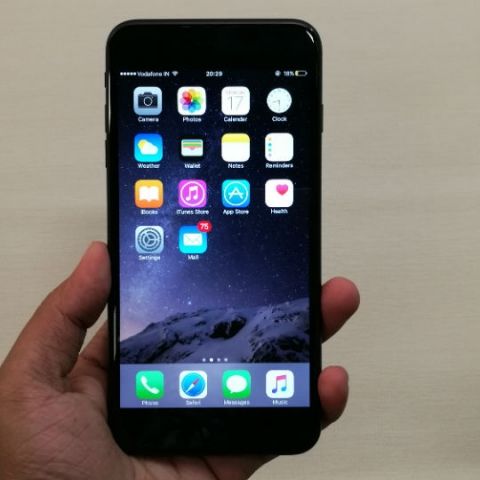 Apple’s product line up for 2017 will include a redesigned iPhone and that one variant of the smartphone will feature an OLED display. The information comes from a report by analyst Ming Chi Kuo, from KGI Securities. Kuo is a widely respected Apple expert, whose predictions are correct most of the time.

The report states that Apple will introduce three devices in 2017. While one model will feature a 5.5-inch OLED display, the other two variants (5.5-inch and 4.7-inch) will sport TFT-LCD technology. The dual-camera setup from the iPhone 7 Plus will also be offered on the 5.5-inch models, reportedly.

In November 2016, Sharp president Tai Jeng-Wu stated, that the future iPhone will sport an OLED screen. Speaking at an event at Tatung University, Jeng-Wu, said, "The iPhone has been evolving and now it is switching from LTPS (low-temperature poly-silicon) to OLED panels."  Sharp, a Japanese electronics manufacturer, supplies smartphone panels to Apple and many other smartphone makers.

"We don't know whether Apple's OLED iPhones will be a hit, but if Apple doesn't walk down this path and transform itself, there will be no innovation. It is a crisis but it is also an opportunity," he said.

Tai however did not disclose when the iPhone with OLED screens would be announced/launched. "We are now building a new [OLED] facility in Japan. We can make [OLED panels] in the U.S. too," he said. "If our key customer demands us to manufacture in the US, is it possible for us not to do so?"

Apple is reportedly also working on a wireless charging module to its devices. A separate report, revealed that Foxconn was building wireless charging modules for Apple. It stated that the modules would soon be incorporated into Apple's handsets.  "But whether the feature can eventually make it into Apple's updated devices will depend on whether Foxconn can boost the yield rate to a satisfactory level later on," a source stated.