Along with the new LG G6+, the company also announced new software features for the LG G6 as well as a 32GB variant of the phone 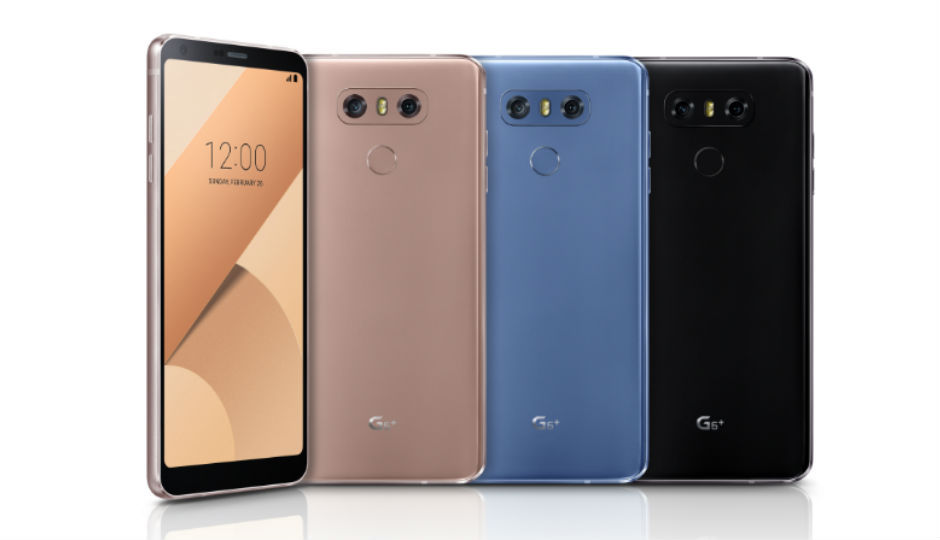 LG is adding two new variants to its flagship G6 lineup. This includes a 32GB version of the LG G6, as well as a new model called the LG G6+ that offers 128GB of internal storage as well as a bunch of new features. LG G6+ is a flagship addition to company's G6 lineup with double the storage and better overall specifications. The G6+ comes standard with wireless charging and Bang & Olufsen's quad DAC, which was exclusive to Korean G6 customers. The smartphones feature the same metal and glass design with thinner bezels and a 5.7-inch Quad HD+ IPS display. Like the standard G6, the phone is powered by a Snapdragon 821 processor and sports the same dual 13MP rear camera setup along with the 3300mAh battery. The smartphone also comes bundled with B&O tuned earphones for a premium sound experience.

"LG's G series has always been about offering innovation and technology that we believe will appeal to as many customers as possible. By expanding the G6 lineup with differentiating features and colours, consumers will have even more options to consider when shopping for a new smartphone," said Juno Cho, president of LG Electronics Mobile Communications Company.

In terms of software, LG is adding three new features to UX 6.0. The first feature is Face Print, which allows users to log in to their device with facial recognition. While facial recognition technology has been proven to be quite quite secure at times, LG claims it has enhanced the security features in Face Print. The other feature is Low Power Consumption, which is built into Qualcomm's Hexagon DSP that senses and collects data at all times from sensors and wireless connections to improve the user experience, while using little battery power. The third software called Covered Lens Warning and alerts users with a notification if a finger or fingers is in the frame. These software features will be adding to existing G6 devices via a softwre update. LG says the G6+ and 32GB variant of G6 will become available sometime next month. However, there is no exact timeframe on the rollout of the software update for G6 series. The new smartphones will also be available in two new colour options, namely Optical Marine Blue and Optical Terra Gold.