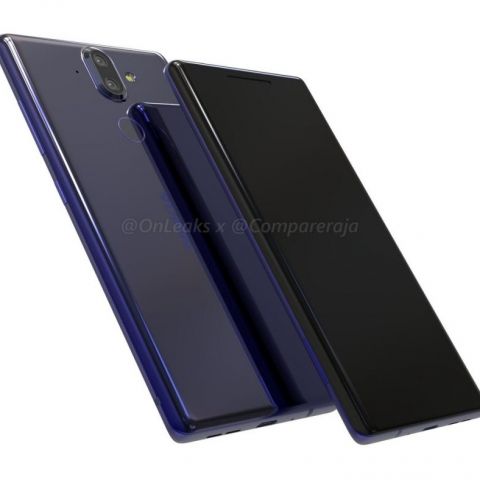 The design of the alleged Nokia 9 smartphone from HMD Global was leaked recently. The smartphone was rumoured to sport an AMOLED display and a curved glass on the rear. Now, a new leak by OnLeaks and CompareRaja shows the device’s CAD renderings, confirming the design leak.

In the new leak, the smartphone is seen featuring a 5.5-inch AMOLED QHD curved display, similar to the one seen on the Samsung Galaxy S8.

Renders of the device shows a dual rear camera setup and a fingerprint sensor placed just below it. The vertically placed cameras will most probably be made by Zeiss optics. The CAD renders reveal a USB Type-C port at the bottom of the phone, but sadly the headphone jack has been left out. This is not surprising as Google, Apple and many more smartphone manufacturers have ditched the 3.5mm audio jack from their latest devices.

The Nokia 9 is expected to be powered by Qualcomm’s latest Snapdragon 835 platform and come in two memory variants of 6GB RAM and 8GB RAM, with 128GB of internal storage. It is also expected to be IP68 water and dust resistant. The device was recently spotted on GFXBench running Android 8.0 Oreo. The listing also showed the device sporting a Snapdragon 835 SoC along with 4GB RAM, in contrast to previous rumours which claimed that the device will run on 6GB or 8GB RAM.

The smartphone is rumoured to be priced around €749 (Rs 57,500 approx) in Europe and is expected to be released early next year.