Is Sony building its own chip? 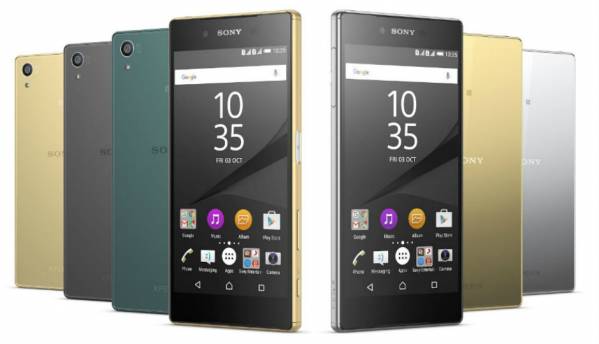 If this is indeed true, then Sony will be joining the likes of Apple, Samsung, Huawei and LG, opening a route to rejuvenate the Xperia line of smartphones

Sony is reportedly building its own processor, to power its own line of smartphones. No confirmed word has been released yet, and the only word on the ground is speculation from DigiTimes. If this does materialise, Sony will join the likes of Apple, Samsung and Huawei, along with LG, in customising processors for its own phones, thereby leaving more room for optimisation with its own ecosystem.

Taiwan-based Global Unichip has reportedly been given the task of developing the AP from Sony, falling in line with a trend that seen LG join the custom chipset bandwagon, too. As of now, Apple designs its custom AX processors, Samsung designs its Exynos chipsets, and Huawei has its own line of Kirin processors. LG’s first attempt, the Nuclun, did not exactly take off. Its second attempt, however - the Nuclun 2, is being designed by LG and manufactured by Intel and TSMC, and has reportedly indicated a sharp increase in efficiency and performance.

With more companies opting for custom chipsets, mobile chipset industry leaders Qualcomm and MediaTek may come under considerable threat against their monopolies. As of date, Qualcomm Snapdragon processors power a wide range of processors, from low-performance budget devices, to the most premium flagship ones. MediaTek has been snapping at Qualcomm’s heels, and offer OEMs a good alternative to Qualcomm’s chipsets - with slightly performance lower-grade performance at a reduced cost. A number of budget smartphone makers, hence, have shifted to MediaTek.

Of late, the battle for processor supremacy has been gradually heating up. Since Apple powering the latest iPhone, the iPhone 6s/6s Plus, with its latest-generation A9 chipset, Qualcomm has unveiled the much-awaited Snapdragon 820, and Samsung has come up with the Exynos 8890. We got a preview of the Snapdragon 820’s multiple capabilities at its 3G/LTE Summit, Hong Kong, and you can check out the entirety of its features here. The Exynos 8890, meanwhile, is massively powerful in itself, and has scored higher than Snapdragon 820 in single-core performance benchmarks released on social media, a few days ago. On the chart, both Snapdragon and Exynos has closed the gap on Apple’s chipset, which led the performance scores with massive superiority. Among the chipsets expected to power the smartphones of 2016, Apple’s A9 still has the highest single-core performance, followed by the Exynos 8890, which is further closely followed by the Snapdragon 820. MediaTek’s deca-core Helio X20 comes a distant fourth, with the Huawei Kirin 950 bringing the rear. In GPU performance, however, claims have risen of the Adreno 530, powering the Snapdragon 820, is more powerful than Apple’s PowerVR GPU. Practical applications of these statistics, however, remain to be seen.

If Sony indeed joins the party, this may prove to be a rejuvenation for a company that has even spoken of a possible exit from the smartphone industry. Contradicting such notions, Sony has gone ahead and launched the Xperia Z5 line of smartphones, which bears the tag of the world’s first 4K resolution display on a smartphone. We await confirmed word from Sony, although the day of Sony’s custom chipsets powering its own phones seem to be a while into the future.