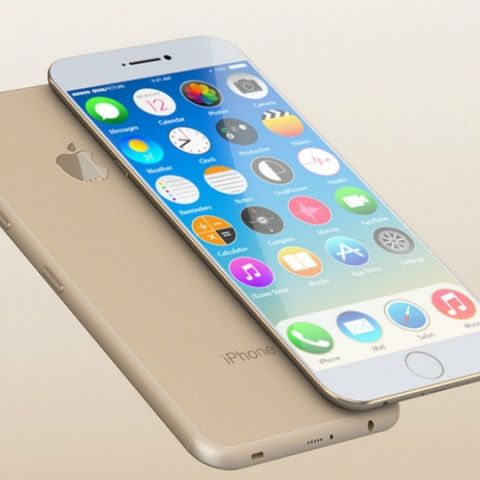 Based on an analysis of Apple’s chassis manufacturer, the iPhone 7 is expected to feature a waterproof body, and leave out the antenna stripes on the rear end

The iPhone 7 is nearly a year away from materialising, but pre-analysis and reports have already started coming up with information regarding how the 2016 edition of Apple’s flagship device may shape up. According to reports coming out of China, the iPhone 7 is set to feature a waterproof chassis, along with a design overhaul that will see the antenna stripes being removed from the rear of the device, leaving Apple to lend a first redesign to the iPhone since 2014’s iPhone 6.

Waterproofing on the iPhone 7 has been previously rumoured, too, only about a month after the launch of the iPhone 6s. The previous rumour also suggested that the iPhone 7 may have 3GB of RAM. In a world of smartphones running on as much as 6GB of RAM, Apple stuck on to just 1GB of RAM until the iPhone 6. The iPhone 6s is the first iPhone to feature 2GB of RAM, and while it is slightly unlikely that Apple will opt for more hardware power over optimisation of the operating system with the components, 3GB RAM is a possibility that cannot be ruled out. With rising stock of multitasking and resource-heavy applications making their way to smartphones, 3GB of RAM may soon be a necessity, even with Apple’s expertise of brilliantly synchronising power consumption to available resources.

The report on Taiwan-based Catcher Technologies, makers of the metal chassis used by Apple on the iPhone, suggests use of compound materials to mask the antenna stripes. Apple has so far followed a trend of redesigning its smartphone every alternate year, and the iPhone 7 should fall within the redesign cycle. In 2010, the iPhone 4 was given a more upright and rectangular design, in comparison to the iPhone 3Gs. 2011’s iPhone 4s had the same design, and 2012 welcomed a larger display and slimmer form factor with the iPhone 5. While 2013’s iPhone 5s looked the same as the iPhone 5, it introduced the fingerprint sensor on the iPhone. 2014 saw a further increase in screen size with the iPhone 6, and an even larger, 5.5-inch version named the iPhone 6 Plus. With 2015, Apple introduced a force-sensitive display, keeping design elements of the iPhone 6s similar to the iPhone 6.

Apple may see a drop in its shipments near the first quarter of 2016, but hype around the iPhone 7 is bound to build up across the year, with more “information” expected to leak out from various sources. While the final product may vary from leaks and renders, we should have a fair clue of what to expect from 2016’s iPhone, before it is officially introduced.