Idea notes that since the JioPhone doesn’t allow apps of other services, it may be in breach of net neutrality laws. Multiple reports about an Idea-made phone are doing the rounds currently, and some also suggest that Idea may be looking to bundle its 4G services with a Rs 2500 phone that does not offer a restrictive internet, app experience. 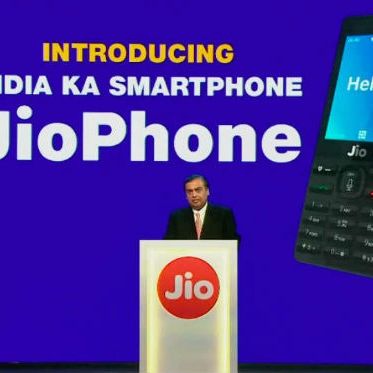 A few weeks after Reliance Jio launched its feature phone, the JioPhone, in the market, Idea Cellular has flagged the device for net neutrality concerns. Besides flagging it for net neutrality, PTI reports that the operator also plans on releasing its own device to counter it. Multiple reports about an Idea-made phone are doing the rounds currently, and some also suggest that Idea may be looking to bundle its 4G services with a phone that does not offer a restrictive internet, app experience.

In an analyst call, Himanshu Kapania, the Managing Director of Idea Cellular is said to have stated, “One of the concerns is about net neutrality. It will not allow most of the apps which a customer prefers and the choice of apps may not work because it is forcing consumers to use an individual operators apps.” He noted that it remains to be seen how the JioPhone would serve those who wish to browse the internet has it doesn’t offer the same set of features as a feature phone. As per PTI, Kapania also explained that the operator is working with phone manufacturers to to launch a similar, but slightly more expensive device.

While PTI reports that Idea might be looking to launch its own device, other reports pont out that the cellular operator may just be working with handset manufacturers to bundle its 4G services. "The practical solution that we are working on is to work with the handset industry and work with them to be able to bring down cost of handsets by bringing down the bill of material, so that the gap of the announced price of Jio feature phone versus a smart-phone can be brought down to reasonable levels," Kapania told analysts, as per an ET report. He further added , "While we have no intention to subsidise handsets, both handset manufacturers and telecom operators need each other to make sure that the offering to the consumer is strong enough when you have to make a choice between a bundle offer and telecom operator with a locked handset."

He is believed to have said that the phone will cost somewhere around Rs 2,500, however, it would give its users the freedom to choose the operator of their choice, as well accessibility to popular apps like Google, Facebook or WhatsApp. Further, reports suggest that the phone will give users an option of switching between 2G and 4G.

Reliance Jio made quite an impact when it launched its telecom services last year and did something similar with the launch of the JioPhone. The device is more-or-less free, but buyers would have to pay a security deposit of Rs 1,500, which would be refunded after three years on the return of the phone. During the AGM, a number of features of the device were showcased including voice control as well as support of Jio’s suite of apps like Jio Cinema, Jio Music, JioTV, and more. However, there are still a lot of unknowns about the device. Currently, it is not yet known if the phone would only support these apps and block other competing apps.

Last year, the Telecom Regulatory Authority of India (TRAI) had ruled against discriminatory tariffs or data services on the basis of content. So, if the JioPhone only comes with content from the operator and blocks content from other apps and services, it could be against the principles of net neutrality and the guidelines set by the regulator.

Facebook knows about the net neutrality laws in India all too well as the company had initially tried to get its Free Basics platform to the country. The platform gave users free access to certain apps. However, TRAI’s decision in favour of net neutrality saw the service being revoked from India.