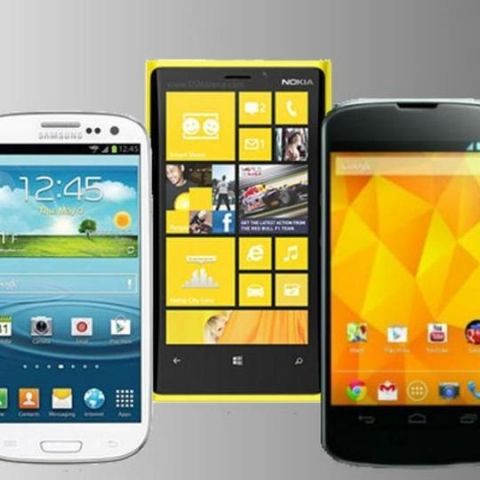 According to the Worldwide Quarterly Mobile Phone Tracker, by IDC, Windows Phone shipments will increase from 46.8 million to 103.5 million units by 2019. The company predicts that iOS and Android will lose market share over the same period. Windows Phone will have the fastest growth this year with a 34.1% growth rate, grabbing a 3.2% slice of the smartphone pie with 46.8 million Windows Phone handsets shipping this year. 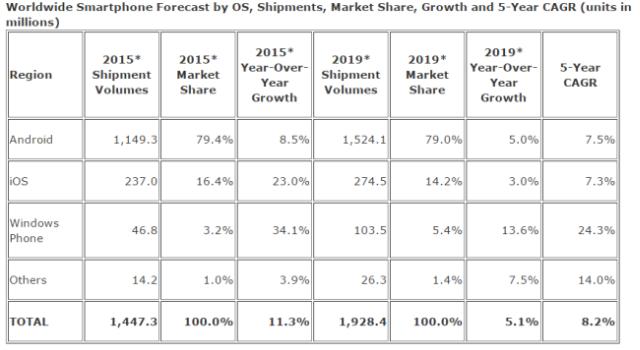 IDC forecasts that by 2019 more than 1.5 billion Android handsets will be shipped grabbing 79% market share of the global smartphone industry. Android OS will grow at a compounded annual growth rate of 7.5% over the next five years. Apple will ship 274.5 million iPhones in 2019 constituting 14.2% of the market that year, with a compounded growth rate of 7.3% for iOS. IDC says that the Android smartphone growth will also be slower than the worldwide market at 8.5% in 2015.

The research firm says that Windows Phone will see its share of the global smartphone market rise to 5.4% in 2019 with over 103.5 million Windows Phone handsets shipping that year. Windows Phone OS will see a 24.3% growth rate, more than triple the compounded growth rates that IDC expects for Android and iOS.

Overall IDC predicts that smartphone shipments will grow at 11.3% in 2015, down from 27.6% in 2014. Worldwide smartphone shipment volumes will reach 1.9 billion units annually by 2019. IDC projects that 2015 will be the first year in which China's smartphone growth, forecast to be 2.5% in 2015, will be slower than the worldwide market. The research firm says that the slow growth will persist throughout the prediction period till 2019.