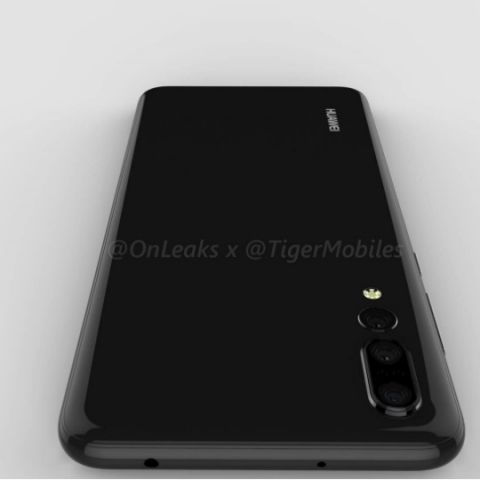 Huawei is all set to launch the P20, P20 Plus and P20 Lite at an event in Paris on Marcch 27. The company has already sent out invites for the forthcoming event, all but confirming a triple primary camera setup on the P20 and P20 Plus. Now, a fresh Huawei firmware teardown has revealed that the P20 Plus will feature an Always On Display and a beefy 4,000 mAh battery. The teardown performed by XDA developers was based on firmware files obtained by @FunkyHuawei, the creator of FunkyHuawei.club service which allows Huawei and Honor smartphone users to update, rebrand and unbrick their smartphones for a fee.

On exploring the firmware files, XDA found the Always On Display APK in the Huawei P20 Plus’ product partition. This confirms that the app will be pre-installed on the P20 Plus at launch. The previous Huawei smartphone to feature an Always On Display was the Mate 10 Pro which features an OLED display. The new findings have led to speculation that the Huawei P20 Plus will also likely feature an OLED display and as per previous leaks, it will measure at 6 inches. The P20 Plus’ display is also rumored to sport the taller 18:9 aspect ratio.

In addition to the Always On Display, XDA also found that the Huawei P20 Plus will feature a beefy 4,000 mAh battery while the smaller Huawei P20 will get its juice from a 3,320 mAh battery. The battery details were reported to apps through Android’s APIs

Previous leaks suggest the the P20 Plus will feature a triple primary camera system and an iPhone X-like notch. Leaked renders of the P20 Plus revealed that two camera sensors are placed vertically as a single unit with the third sensor placed immediately below them at the rear. The volume rockers and the power buttons on the P20 Plus are placed on the right of the smartphone, and the SIM tray is placed on the left. However, there is no fingerprint sensor seen on the front or the rear of the P20 Plus, leading to speculation that the smartphones will feature facial recognition for unlocking.

The Huawei P20 Lite, on the other hand, is expected to house a 5.7-inch display and dual front-facing cameras. The Huawei P20 will also likely feature triple cameras at the back with a 40MP rear setup and 5x zoom. At the front, a 24MP sensor is expected on the P20. The new smartphones are speculated to be powered by the Kirin 970 SoC, with a built-in NPU (Neural Processing Unit) to handle AI tasks.