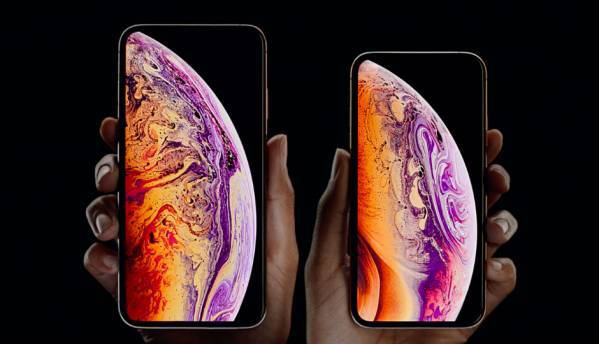 The high cost of iPhones and the intense competition from Chinese smartphone makers is attributed as the reasons for Apple’s worst performance since 2014 in India - one of the fastest-growing smartphone market in the world, analysts have said. According to a report in The Economic Times, iPhone shipments in the country last year are estimated to have shrunk by as much as half from a record level in 2017.

Citing Hong Kong-based market research firm Counterpoint Research, the report said that Apple’s India shipments were pegged at 1.6-1.7 million in 2018, while CyberMedia Research predicted them at nearly 2 million, which are both lower than 3.2 million in 2017. According to analysts, highly priced iPhones were unable to compete with rivals, including OnePlus, which offer better features at half or even a third of the cost of iPhones.

Apple shipped about 400,000 iPhones in October-December, Neil Shah, Research Director at Counterpoint Research was quoted as saying. The firm also said that the sales of new iPhones (XR/XS/XS MAX) in November were down over 20 percent as compared to last year’s iPhone launches (8/8 Plus/X) even as the iPhone XR series outsold its powerful peers. In comparison, OnePlus, the leader in the premium segment, shipped an estimated 500,000 units.

The analysts went on to say that even the EMI schemes, zero down-payment and cashback plans failed to attract customers to the $1,000 new iPhone models. While talking to CNBC recently, Apple CEO Tim Cook said that Apple’s India business grew from $100-200 million a few years ago to over $2 billion in 2016 and flattened out after that. Apple considers India an important market but still doesn’t want to sell cheaper iPhone in India.

“For Apple, 2018 has been a disastrous year in India… while Apple is still the favoured aspirational brand in India, it has definitely slipped. In comparison, the Android smartphone market in India is one that is thriving and full of innovation,” Prabhu Ram, Head of Industry Intelligence Group at CyberMedia Research (CMR), was quoted as saying. The firm anticipates nearly 45 percent year-on-year  decline in iPhone shipments in the fourth quarter of 2018.

In its previous report, Counterpoint Research ascribed the lengthening replacement cycle as one of the reasons for the sales decline in the US and Europe. The decline in emerging markets like the Asia Pacific is claimed to be due to the higher price when compared to the pricing of the offerings from Chinese smartphone players. “Chinese brands have 30-40% cheaper pricing than Apple. It doesn’t make sense to pay sky-high prices for a product that doesn’t have new features,” Shah said, while adding that iPhones won’t even support 5G until 2020.

Last year, a report claimed that Apple may begin assembling its top-end iPhones, like the ones which belong to the iPhone X family, in India through the locally established Foxconn unit from 2019 to take its “business in India to a new level.” However, Shah says that local manufacturing “won’t move the needle much since Indian consumers are happy with offerings by OnePlus because Apple doesn’t want to lose brand equity in India and may not slash prices.”