A 49-second clip of a Pixel 7a hands-on video was posted online. The Google Pixel 7a is the brand’s mid-range Pixel offering and has not been formally announced by the tech giant yet. 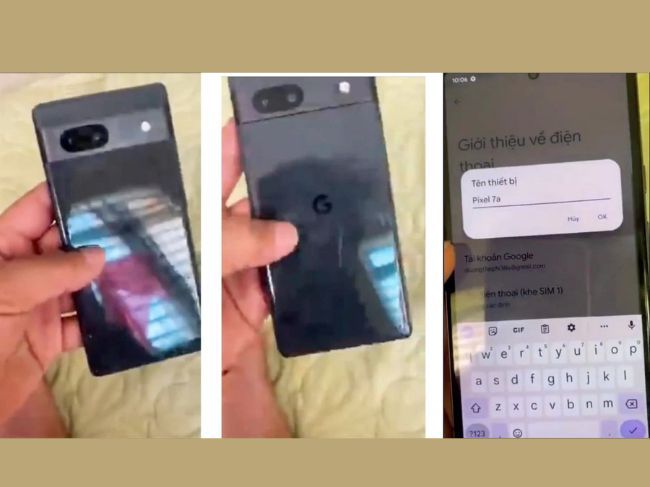 A leaked video of Google Pixel 7A has been spotted on Slashleaks (via 9to5Google, which they spotted on. The design itself looks fairly similar to the Google Pixel 6a and other Pixel smartphones that came out in 2022. As far as the Android 13 settings go, the device has been labeled as the Pixel 7a, and it uses a design validation test software which is pre-release software. As per the video, the language of the smartphone was set to Vietnamese and it pays to note that Google A-series smartphones are manufactured in Vietnam.

It is believed that the Google Pixel 7A has a display that adjusts the refresh rate based on content, from 60Hz to 90Hz. This would be the first time that such a feature has been included in an A-series smartphone. Other leaks have indicated that the smartphone will be equipped with a Samsung display along with a primary camera from Sony. The video leaked online doesn’t refute or confirm these claims.

Some also believe that the Google Pixel 7A will support wireless charging, making it the first of the A-series smartphones to offer this feature.

Want to know if you should get your hands on the Google Pixel 6a? Read our official review here!