The 6GB RAM + 64GB storage, and 8GB RAM version with 128GB and 256GB of internal storage of the Zenfone 5Z, along with their pricing, were listed shortly on Flipkart before being removed. 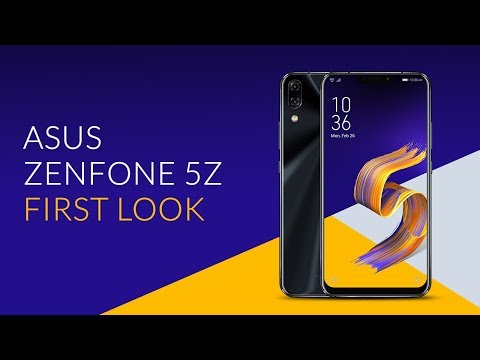 Asus is all set to launch its flagship Zenfone 5Z in India as a Flipkart exclusive on July 4, tomorrow. However, the online retailer has slipped up and revealed the handset’s prices ahead of the official announcement. The smartphone was briefly listed on Flipkart, as seen in the screenshot below, and the prices of the device are now more or less confirmed. As per the listing, the 6GB RAM, 64GB storage variant of the Zenfone 5Z will be priced at Rs 29,999, while the 8GB RAM model with 128GB and 256GB internal storage models could be priced at Rs 32,999 and 36,999 respectively.

Additionally, Flipkart will also be offering no-cost EMI and some other offers with the Zenfone 5Z. The no-cost EMI will probably start at Rs 997 per month for the 6GB RAM version and at Rs 1,097, Rs 1,229 for the 8GB/128GB and 8GB/256GB storage variants. If the pricing turns out to be true, the Zenfone 5Z could prove to be a serious competitor to the OnePlus 6 (review) as it comes with nearly the same hardware. However, a lot depends on software optimisations and OnePlus has the near stock Android OS advantage, while Asus is touting a host of AI-based features on its device. 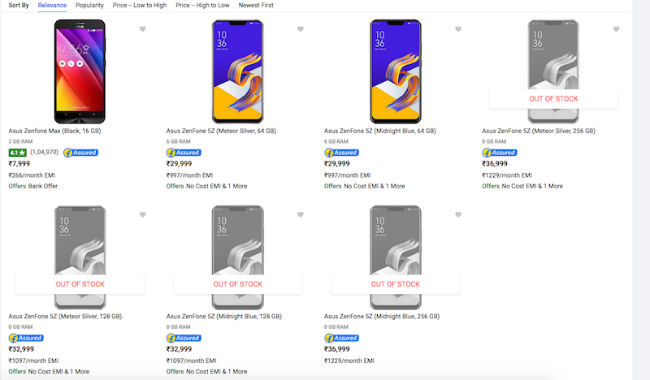 The Asus Zenfone 5Z is powered by Qualcomm’s Snapdragon 845 SoC and comes equipped with a 6.2-inch full-HD+ LCD screen with a 19:9 display aspect ratio. If the leaked pricing is real, then it will be the cheapest Snapdragon 845 phone out there. There is a notch on top of the device’s display, which houses the earpiece, front-facing camera and other sensors. It comes with up to 8GB RAM and 256GB of internal storage. For shutterbugs, it sports a dual rear camera with a f/1.8 12MP sensor and a f/2.2 8MP lens. On the front is an 8MP sensor with f/2.0 aperture lens and 84-degree field of view. The device is backed by a 3300mAh battery, runs on Android 8.0, features Face Unlock and comes with a rear-mounted fingerprint sensor as well.