The ROG phone from Asus set the trend in the industry for high-spec gaming smartphones. The device will launch in India at 12pm today. Here's how to join the livestream and all you need to know about the phone. 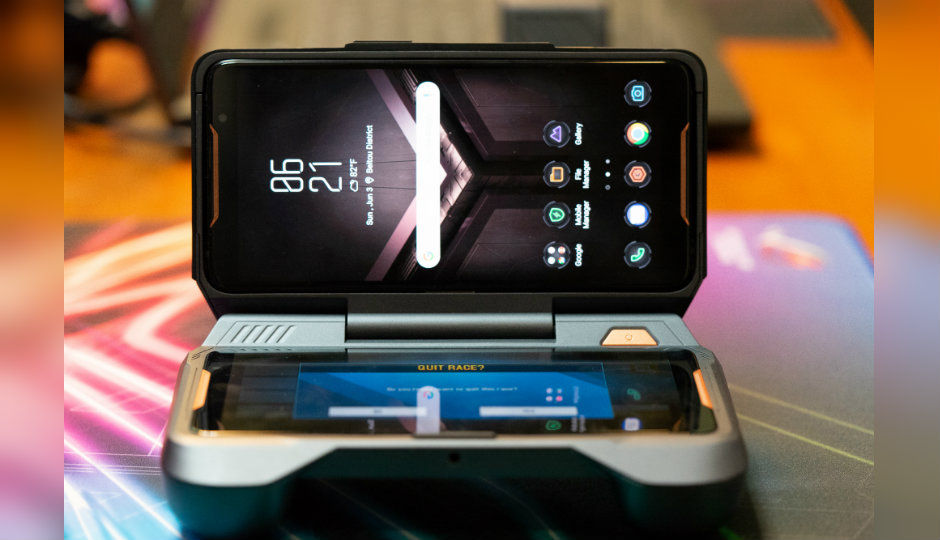 Asus will launch the ROG Gaming smartphone in India at 12pm today. The gaming-centric smartphone with Asus' signature ROG looks was frst unveiled at Computex 2018. It features a 6-inch AMOLED HDR display with a 90hz refresh rate and a contrast ratio of 10,000:1. The display is protected by Gorilla Glass 6. The ROG phone will become the first smartphone dedicated to gaming in India as rivals like the Razer Phone and Xiaomi’s Black Shark are not available in the country. What you get with the ROG phone is a device that carries forward design aesthetics from Asus' ROG line-up of gaming laptops. There's an Aura-illuminated ROG logo at the back of the phone, giving it that traditional ROG look and feel. The device also features a 3D vapour-chamber cooling system called GameCool to keep its overclocked 2.96Ghz “speed-binned” Qualcomm Snapdragon 845 chipset and Qualcomm Adreno 630 GPU, running smoothly through intense gaming sessions.

The Asus ROG phone will be unveiled in India at 12PM today and Asus will be livestreaming the launch of the device on its YouTube channel. You can catch this livestream in the video embedded below.

Let's further break down the ROG phone for you. The phone comes with unique side-mounted ports and a range of expansion accessories, including the optional TwinView Dock for dual-screen handheld mode, the Mobile Desktop Dock for desktop-style gaming, and the Gamevice controller with WiGig Dock. Only some of these accessories are expected to make it to India and we're not sure if they will launch immediately. Besides legacy ports, the Asus ROG Phone has additional side-mounted custom USB-C connector that supports direct charging, HDMI output, gigabit LAN and a 3.5mm headphones jack. The 24-bit/192KHz audio engine on the phone supports Hi-Res Audio files. The phone has scored 304,000 on AnTuTu benchmarks and is among the top phones in the ranking. It comes with 8GB of RAM and up to 512GB of onboard storage. The entire package is powered by a 4,000mAh battery and the phone features Asus' HyperCharge direct-charge technology for faster, safer and cooler battery charging.

There is no official pricing information available for the phone, but the ROG phone price in India is expected to be close to Rs 70,000. The phone will sell exclusively on Flipkart. You can read our first impressions of the smartphone here.