Renowned Apple analyst, Ming Chi Kuo has made a number of predictions for 2019 iPhones. These are the first round of predictions from Kuo, who is one of the most trusted sources for iPhone rumours and leaks. 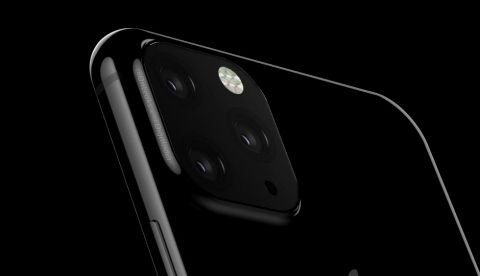 We were the first to bring you renders of the 2019 iPhone and tell you that at least one of the phones, possibly the top-end iPhone 11, will feature a triple camera setup. We also told you that Apple is planning to launch three new iPhones in 2019. Now, one of the most trusted sources for Apple iPhone rumours, analyst Ming Chi Kuo from KGI Securities, has corroborated our leak and said (via MacRumors) that Apple will indeed launch three new iPhones in 2019, with the same screen sizes - 6.5-inch and 5.8-inch phones with OLED displays and a 6.1-inch LCD model.

Kuo says that this time around, the LCD iPhone will be upgraded with 4GB RAM, up from 3GB on the current iPhone XR. The 5.8-inch OLED 2019 iPhone model is predicted to come with Dual SIM Dual Standby.

Some of the bigger changes predicted to hit the new iPhones this year include - bigger batteries, an upgraded Face ID system with a higher power flood illuminator, reverse or bilateral wireless charging to charge other devices, and a triple camera setup which includes wide, telephoto, and ultra-wide lenses. The bilateral wireless charging is perhaps being incorporated to wirelessly charge the new AirPods, which Kuo claims will support the feature, along with upgraded Bluetooth connectivity. According to him, the new AirPods and the AirPower wireless charger will start shipping in the first half of 2019.

Kuo further states that all three models will include Lightning ports instead of USB Type-C. The notches on all the phones are also expected to remain the same, not reducing in size as predicted by previous rumours.

Kuo also predicts that the 2019 iPhones will a frosted glass casing and ultra-wide band connectivity for indoor positioning and navigation.