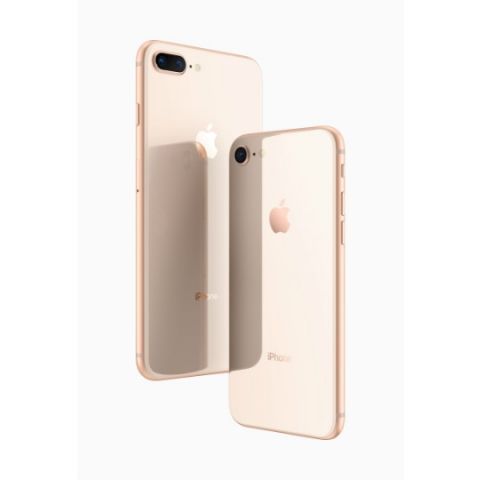 The iPhone 8 Plus now takes the top spot with a score of 94, while the iPhone 8 sits at second with a score of 92. Both Google Pixel and HTC U11 have a score of 90. The scores are based on a new testing standard introduced early this month that also factors secondary sensor. At the launch, Apple said the new iPhones feature improved cameras with a larger and faster sensor. The Cupertino-based iPhone maker has also redesigned image signal processor to deliver better low-light and HDR photos.

In its test, DxOMark mostly agrees with Apple saying the new flagship iPhone breaks new ground for smartphone cameras. However, it notes that the zoom and bokeh capabilities on the iPhone 8 Plus give it a major advantage over iPhone 8. The iPhone 8 Plus now has the best photo subscore of 96, but it pales against Pixel in the video department. With a video score of 89, the iPhone 8 Plus is tied with HTC U11 and falls short of Google Pixel's 91.

The breakdown of the iPhone 8 and iPhone 8 Plus cameras by DxOMark reveals that it produces stunning outdoor images with 'excellent detail preservation, accurate and impressive dynamic range.' In comparison with the iPhone 7 family, the iPhone 8 seems to do a better job at capturing HDR scenes by preserving detail and well-calculated exposure. It also noticed an improvement in low light images with the iPhone 8 series, especially in the zoom and portrait mode settings.

The iPhone 8 and iPhone 8 Plus feature 12MP primary cameras like their predecessors and the main improvements come in areas like image sensor and the signal processor. The iPhone X should ideally score even better considering its dual rear camera supports dual optical image stabilisation, which should help with low-light and zoom pictures. Apple iPhone 8 and iPhone 8 Plus start at Rs 64,000 and Rs 73,000 respectively and will go on sale in India starting September 29.