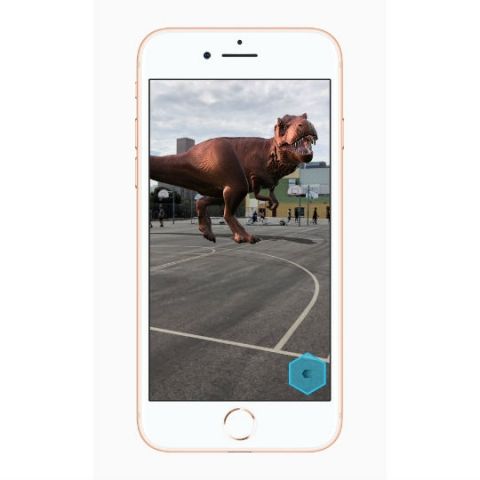 Apple believes its mobile devices will become a major platform for artificial intelligence in the future. Jeff Williams, Apple's Chief Operating Officer said while speaking at TSMC's 30th-anniversary celebration in Taipei. Taiwan Semiconductor Manufacturing Company (TSMC) is the top semiconductor supplier for Apple since 2010. Williams believes that technological innovations around the cloud and on-device processing will lead to improved life. He also notes that with new developments, users will have to sacrifice little on privacy or security. "I think we're at an inflection point, with on-device computing, coupled with the potential of AI, to really change the world," he said.

Apple announced iPhone 8, iPhone 8 Plus and iPhone X in September with the new A11 Bionic chipset designed by TSMC. The new six-core chipset includes dedicated neural network hardware - which Apple calls as Neural Engine - for performing machine learning and AI-based tasks. At the launch event, Apple claimed that Neural Engine is capable of performing up to 600 billion operations per second.

The A11 Bionic chip is at the heart of the iPhone X, which brings support for new facial recognition technology called Face ID. Face ID uses an array of sensors including a dot projector to create a mathematical model of a person's face and uses Neural Engine to process all the data on-device. Williams sees the addition of neural engines to its phone and watch as a precursor to a future dominated by AI-based applications. "We think that the frameworks that we've got, the 'neural engines' we've put on the phone, in the watch ... we do view that as a huge piece of the future, we believe these frameworks will allow developers to create apps that will do more and more in this space, so we think the phone is a major platform,” Williams said.

Reuters reports Williams saying that healthcare industry is ripe for change and AI could be used to change the way healthcare is delivered to end users. He added that integration of AI won't be just limited to smartphones.

Artificial Intelligence is seen as the next major battle among technology companies including Amazon, Facebook, Google and Microsoft. Google announced the Pixel 2 smartphones combining hardware and software with artificial intelligence earlier this month. Chinese smartphone maker Huawei also launched its Mate 10 series smartphones with the Kirin 970 chipset that has a dedicated Neural Processing Unit.

With iPhone X going on sale starting November 3, Williams' comments highlight the company's aim of taking artificial intelligence beyond Siri. The Cupertino-based iPhone maker is also said to be evaluating ways to turn its Apple Watch into a mainstream healthcare device.