Android One v2 may be unveiled by Sundar Pichai, soon

With previous attempts not really succeeding, the Google CEO may just be preparing for a second attempt at Android One, when he visits India 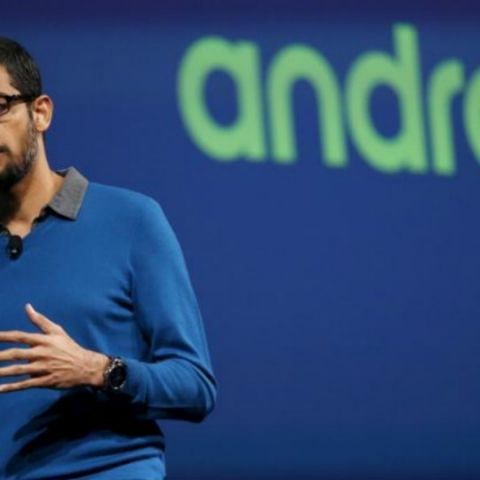 Sundar Pichai, Google’s CEO, has been scheduled for a visit to India, to meet Prime Minister Narendra Modi and discuss the future of Google’s involvement in the Digital India Initiative. While his other objectives in India have not yet been announced, a recently received media invite for a December 16 event hints at a possible launch of the next version of Android One.

The invite states instances of “more Indians coming online” and “affordable smartphones”, which define the objective with which Android One was launched. Android One was Google’s attempt at getting more first-time smartphone users to familiarise themselves with the Android experience, and effectively, gather more users of its mobile ecosystem. Unfortunately, till date, Android One has failed to take off, and the devices that featured Android One have somehow disappeared from the market in face of stiff competition from innumerable brands.

The most recent instance of Android One was with the Lava Pixel V1, which attempted at making a promising start with priority access to Google’s firmware updates, but with the likes of Xiaomi, Asus, Lenovo and Meizu taking a stronghold over the Indian budget smartphone market, the device never really managed to make a name for itself. With Android One, Google aims to give uninterrupted, clean Android experiences, with basic or mediocre hardware specifications in a device. Having failed so far, it will be interesting to see the next approach that Google takes for Android One.

Google is not the only company targeting first-time smartphone users. In a similar attempt to provide smartphone experiences for the first time, Samsung is backing its own platform, driven by the custom Tizen OS, to its Tizen series of smartphones. The latest Tizen smartphone, the Samsung Tizen Z3, was launched as a feature phone capable of giving users a smartphone experience, focusing majorly on complete services suites, via its My Galaxy suite of services and applications.

Microsoft is also banking on its services to catapult its mobile computing sector ahead, but is not solely directed at first-time users. Rather, Microsoft is presently aiming at spreading its services across multiple platforms and device form factors, in the hope of gathering users who would then have a single platform to synchronise work and personal data across all devices. All of these three technology majors, in short, are gearing up with their own products and services, catering to different users, for somewhat similar reasons.