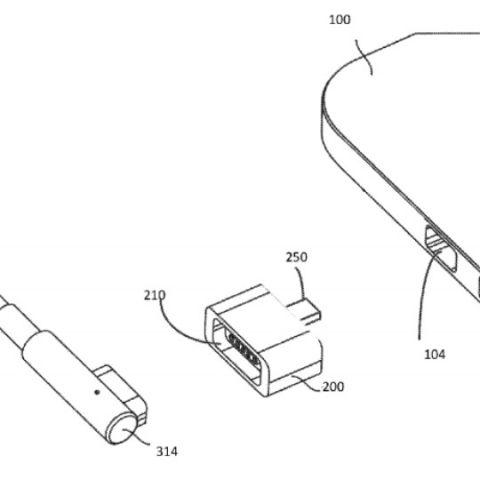 When Apple unveiled the new MacBook Pros last year, they removed one feature that was really popular with users, the MagSafe connector. The connector was designed to safely detach from the laptop in case the cord was accidently yanked out. In its place, the new MacBooks use standard USB Type-C ports for charging. However, a new patent by Apple suggests that the company may be working on a MagSafe to USB Type-C adapter that will allow users to charge their devices with their MagSafe charger.

The patent was filed in January last year and is described as allowing “MagSafe chargers to be used to charge devices having Universal Serial Bus Type-C connector receptacle. This also may provide the breakaway characteristic of a MagSafe connector system for a device that does not have a MagSafe connector receptacle.” However, it should be noted that while the company has filed a patent for the adapter, it doesn’t necessarily mean that Apple will be launching it.

This isn’t the only thing that is missing in the new MacBook Pros. The SD card slot, and the HDMI port have also been ditched. Instead you get four USB Type-C Thunderbolt 3.0 ports and a 3.5mm audio jack. The new MacBooks also introcued a new OLED TouchBar, which is present on all the new devices, except for the entry level 13-inch MacBook Pro.