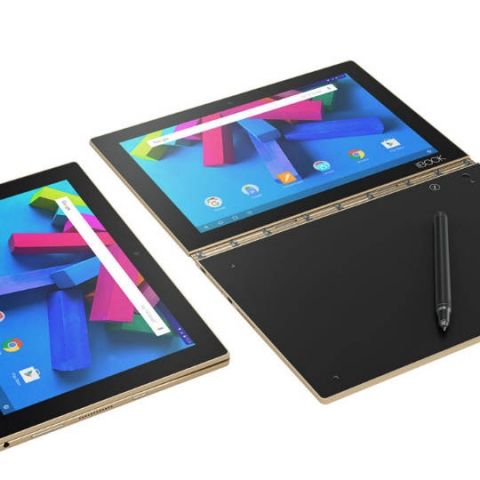 Lenovo has launched the Yoga Book convertible laptop in India. Priced at Rs. 49,990, the device will be available exclusively from flipkart from today. The highlight of the device is its keyboard, which the company called the Halo keyboard. It is a touch-based keyboard that offers haptic feedback to aid in typing. However, the keyboard can also be used as a writing/drawing area. The device comes with a stylus called the Real Pen. The stylus can be used to take notes or draw, which can then be digitised. The company says that the stylus can detect up to 2048 levels of pressure.

The Yoga Book was launched in two variants, one with Android Marshmallow and another with Windows 10 Pro. However, only the Windows 10 version has been launched in India, but the company says that it might bring the Android version in the future.

The Lenovo Yoga Book offers a 10.1-inch Full HD display and is powered by an Intel Atom x5-Z8550 processor with 4GB of RAM. It offers 64GB of inbuilt storage and is equipped with an 8500mAH battery. It also features an 8MP rear and 2MP front facing camera.