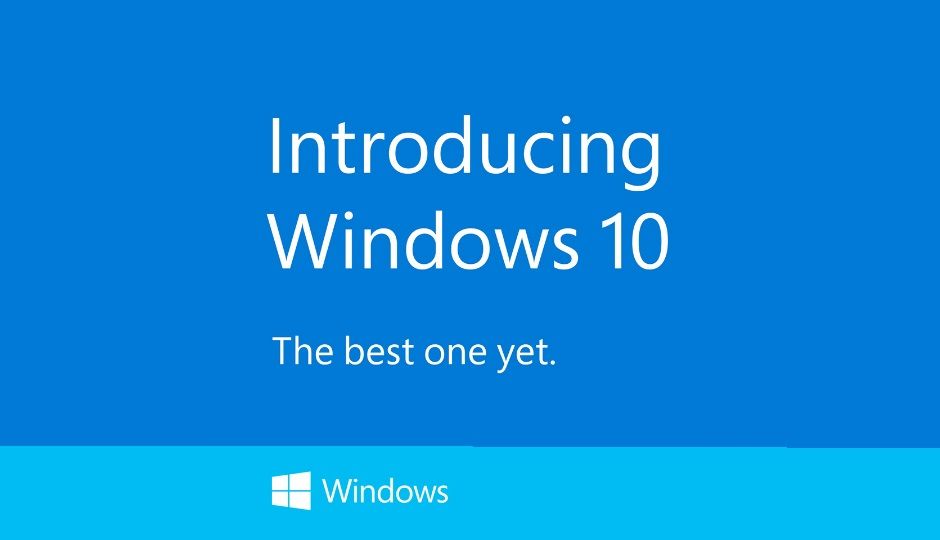 After the debacle called Windows 8, Microsoft is all geared up to launch the next version of the Windows platform. Windows 10 brings a lot of improvements over its predecessors and incorporates many features we saw on Linux-based operating systems. We take a look at the Windows 10 Pro Technical Preview and assess what the Official version will bring to the table. 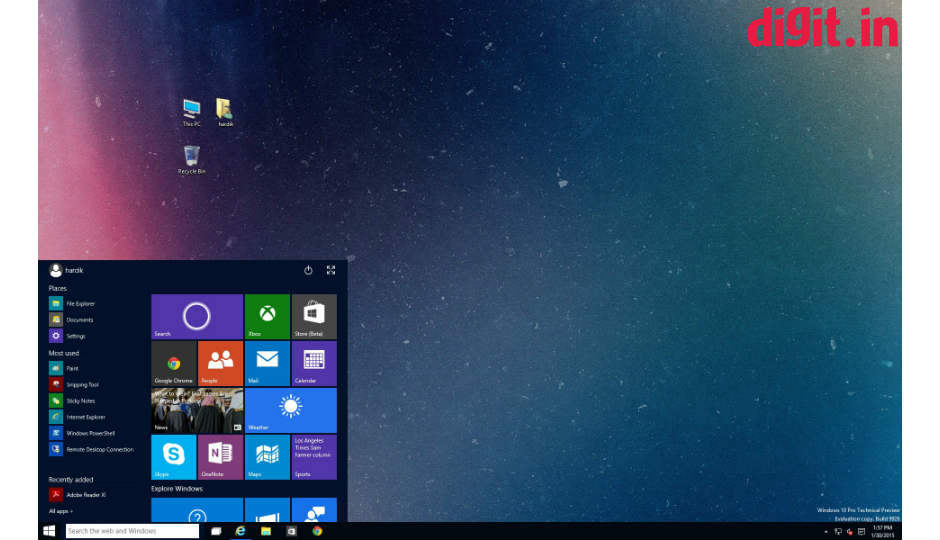 Right off the bat, you can rejoice as the Start Menu is back and it works as it worked on Windows 7 and all Windows versions before that. The design though is changed to give you your default locations and your most used apps in one place. The new start menu also includes a Windows 8 UI-style small app tray which can contain the apps of your choice.

Notice the small arrow heads on the top right corner of the Start Menu. Now move to the next slide to get what that does. 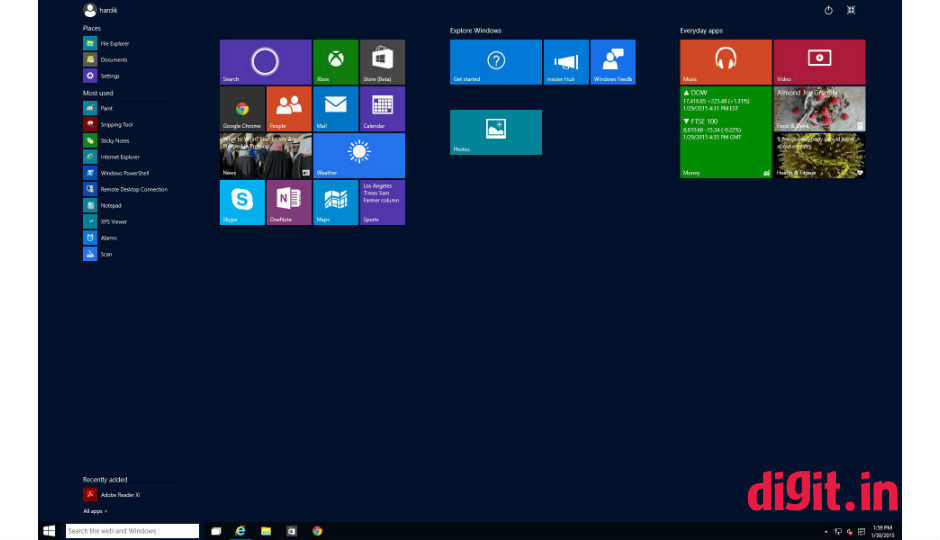 In case you happened to like the way things were in Windows 8, there is an expanded view of the Start Menu as well in the Start Menu, which will give Windows 8 users a familiar app tray. This expanded view is triggered via a button on the top right edge of the start menu. 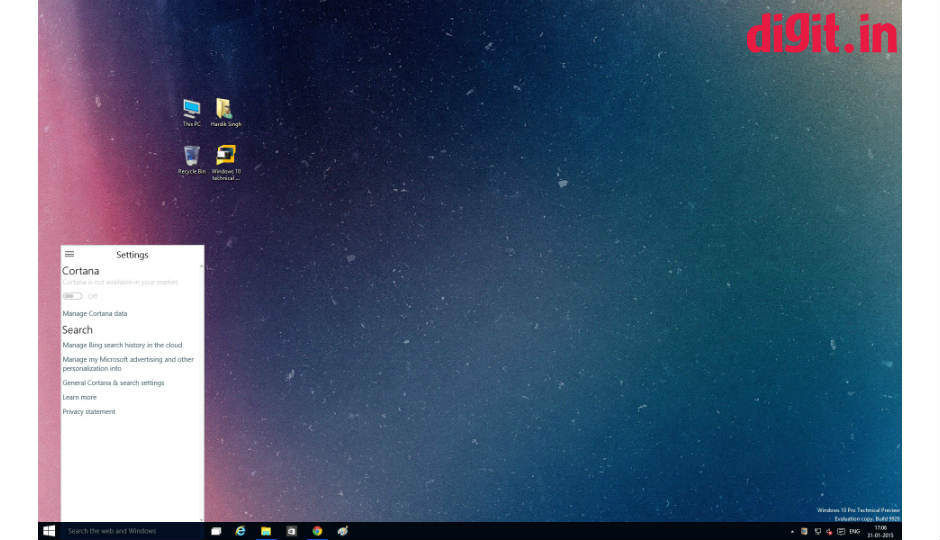 The inclusion of Cortana, Microsoft's personal assistant for users, can be observed as the next chapter in personal computing. Currently, Cortana seems to be unavailable in India though. You can just use Bing to search for things currently on this Windows 10 Pro Technical Preview. 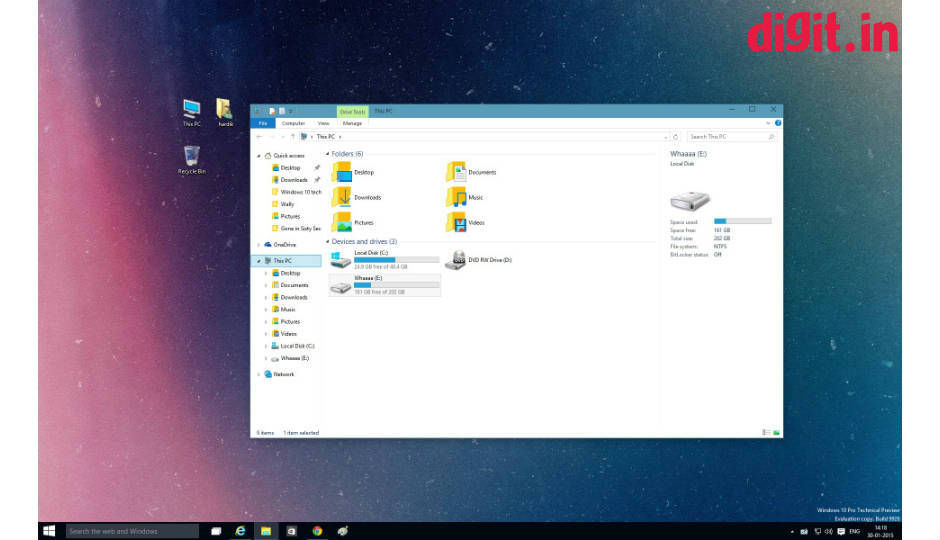 Icons have been changed to give a flatter feel to the UI. Minimize and maximize animations have also been changed and can be compared to the app drawer animation of Android Lollipop 5.0. You will also notice the new maximize toggle on the windows as well as the new “in use” glow on currently runnings apps in the taskbar. 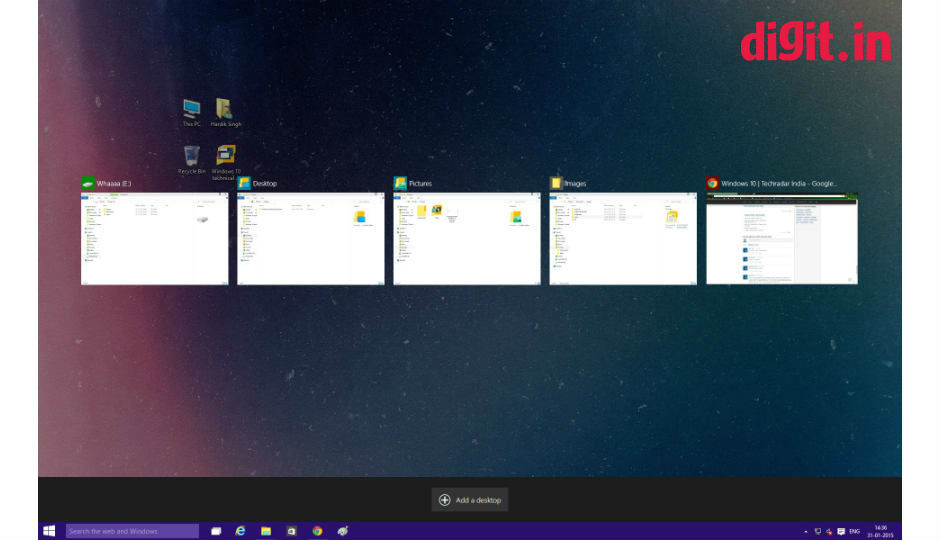 A dedicated multitasking button has been added to the mix, which is a welcome addition to the operating system. At the bottom of this multitasking window we noticed an "Add a desktop" button, which allowed us to open multiple desktop instances. A neat feature that has been a mainstay in Linux for a long time. 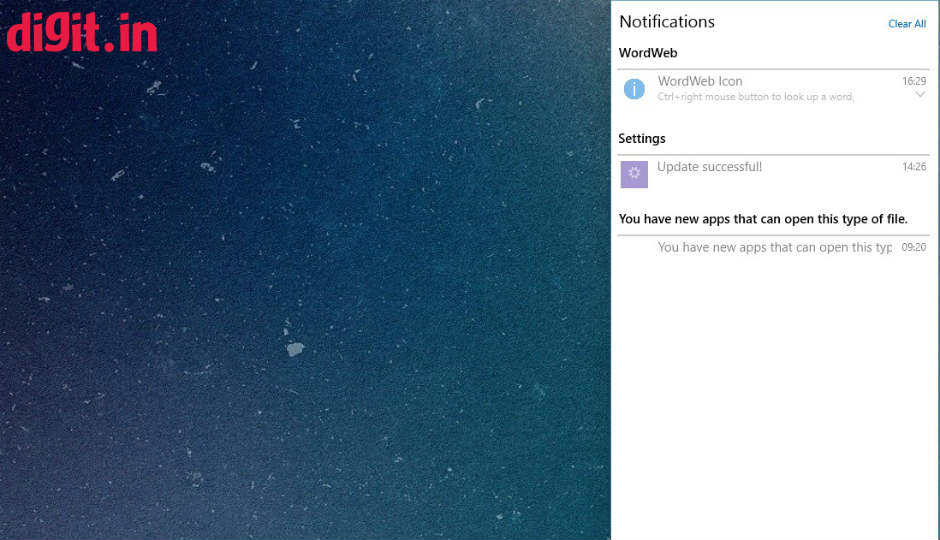 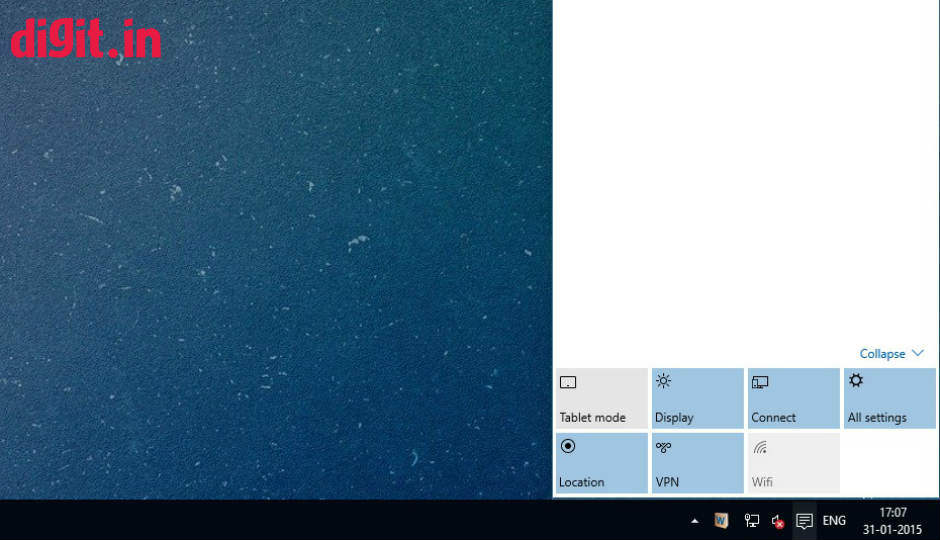 The Notification panel contains Quick Settings toggles at the bottom and even a dedicated “tablet mode” toggle. 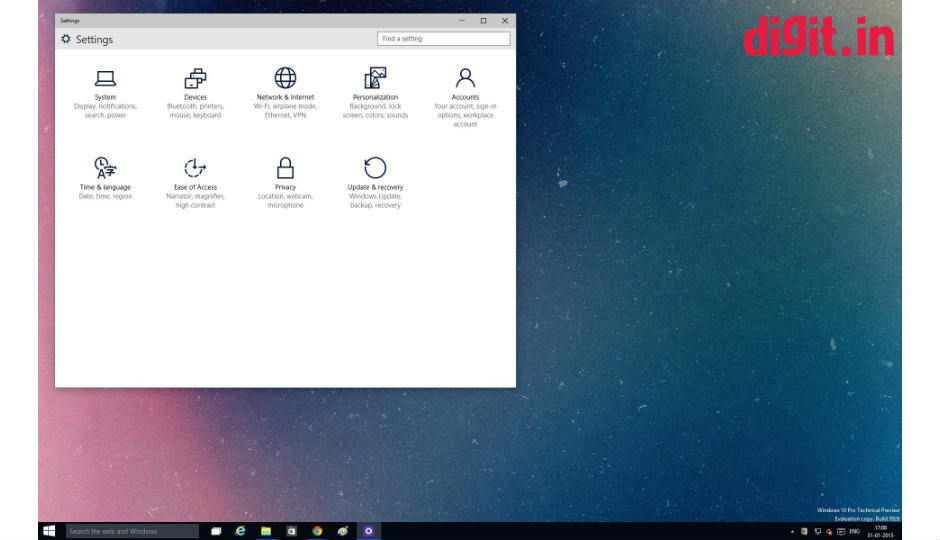 The PC settings are now all condensed in one place in a much simpler, menu and pane interface, which looks good and is simple to use. 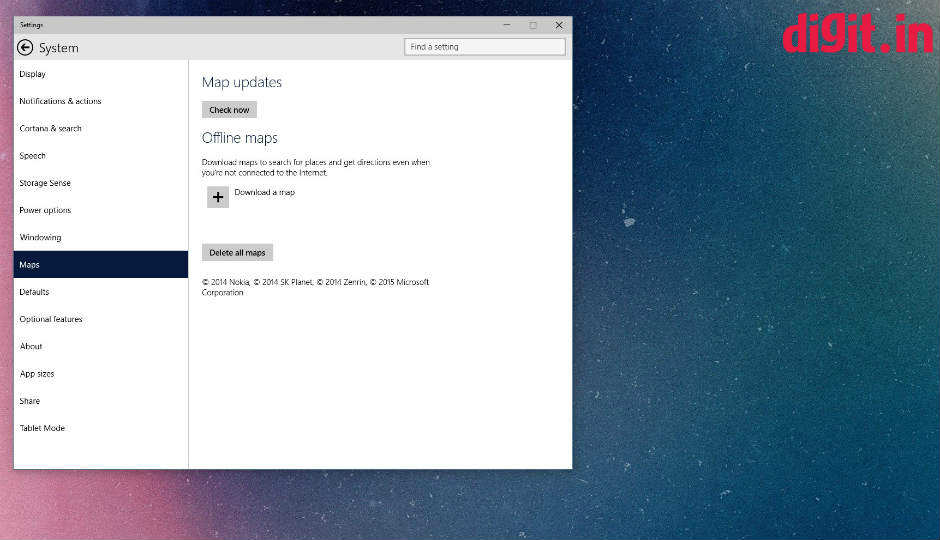 We also found Maps in the settings menu itself, which will let you download offline maps for the required city and location. 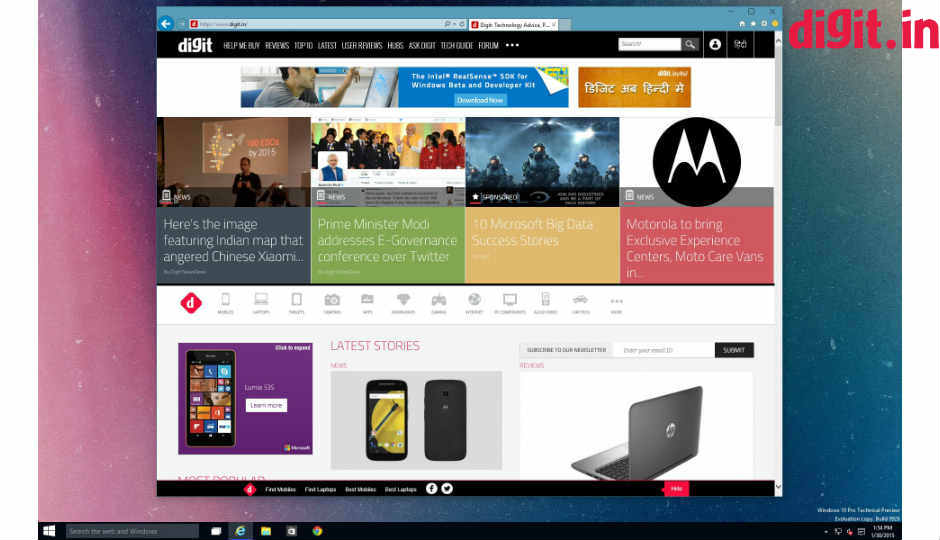 As you would probably know, the Spartan browser won't make an appearance till later. So we had to make do with IE 11 in its place. This also has a more flatter look than before. 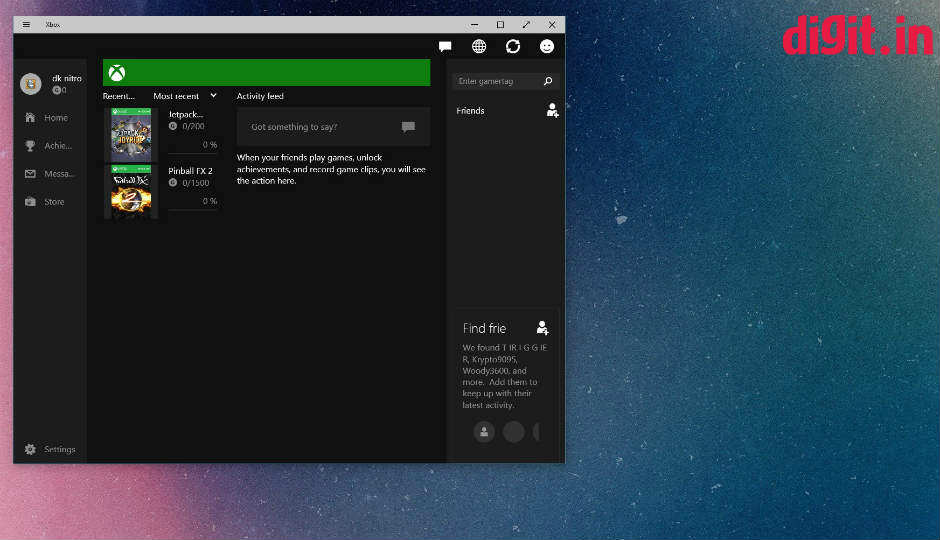 Windows 10 will also feature the new Xbox app for your PC that works as a social hub for your Xbox account featuring messages, achievements and scores. The app will let you chat with your gaming buddies and comment on stuff shared on your Xbox activity stream. Besides the addition of Xbox app the UI on the default Music, Photos and Video apps have been tinkered with.

Take a look at the Xbox Music app. As you can see from the image we were unable to sign in as the services are not yet available. 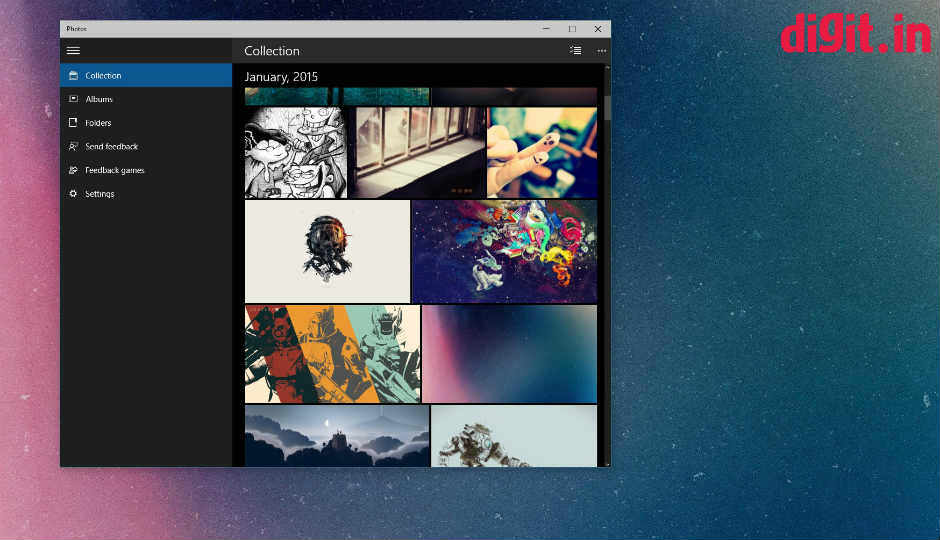 Take a look at the Photos app sporting a new design. 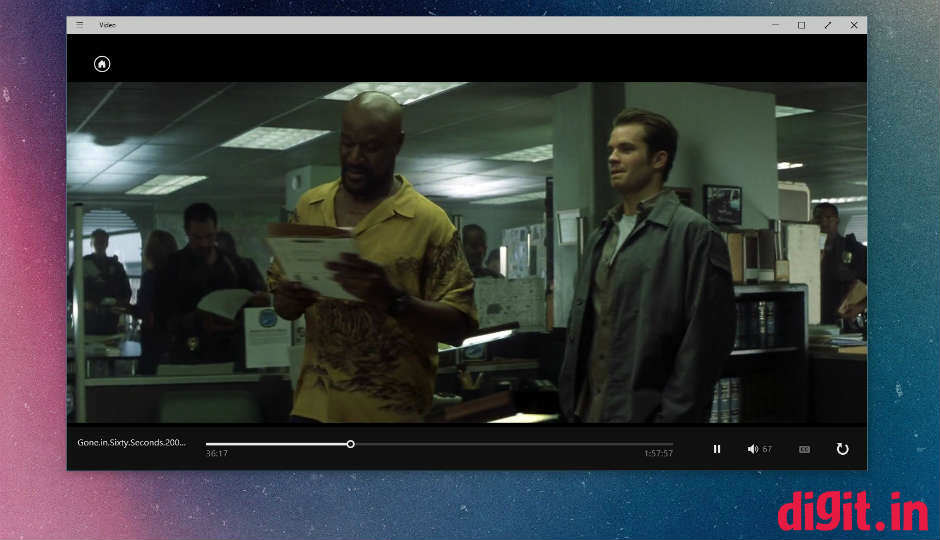 The Video app is kept basically the same but sports a flatter design.