Xiaomi Mi CC9 Pro aka Mi Note10 is all set to be unveiled at an event in China today. Xiaomi Watch is said to run a custom MIUI software. The Mi TV 5 series is expected to come equipped with 4GB RAM and 64GB of internal storage. 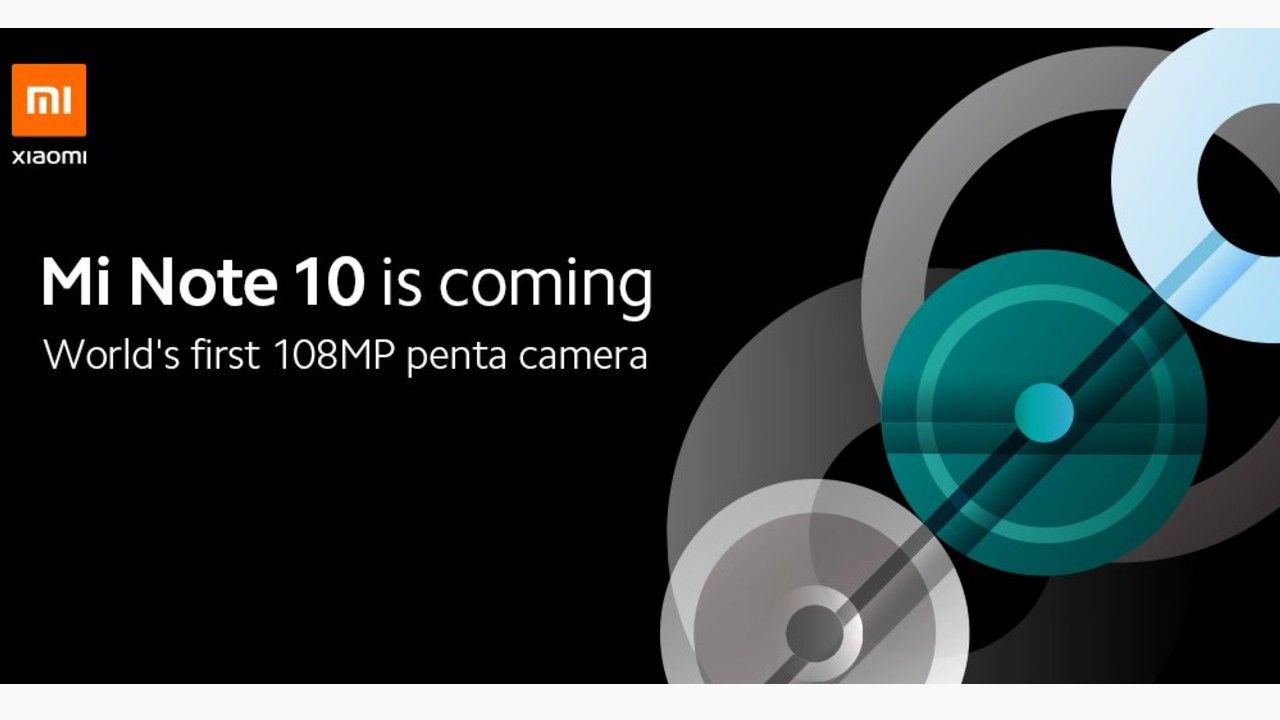 Xiaomi Mi CC9 Pro is all set to be unveiled at an event in China today. The smartphone will be the world’s first phone to feature a 108MP camera. It is expected to launch as Mi Note 10 in markets outside of China. Xiaomi Spain will be hosting a launch event for the device, tomorrow, November 6. For today, Xiaomi is also expected to introduce its new wearable, Xiaomi Watch alongside the Mi TV 5 series.

The launch event will start at 2 PM CST Asia (11.30 PM IST). It will be live-streamed on Xiaomi’s official Weibo page and the Chinese Mi.com site. However, the live-stream will be broadcast in the Chinese language.

Starting with the Mi CC9 Pro aka the Mi Note 10, the device has been leaked multiple times and Xiaomi has itself confirmed some specifications of the smartphone. The device has been teased to be powered by the Qualcomm Snapdragon 730G processor. It is said to pack a 5260mAh battery with support for 30W fast charging technology. It is also expected to come equipped with NFC, Hi-Res Audio and an in-display fingerprint scanner.

The highlight of Mi CC9 Pro is its 108MP penta camera setup. Further, it is confirmed to sport a 108MP primary sensor + 12MP sensor for portrait shots + 5MP telephoto lens with 50x digital zoom, 5x optical zoom and 10x hybrid zoom + 20MP ultra wide-angle sensor + a 2MP sensor for macro shots. It will be equipped with a 32MP selfie camera.

As for the Xiaomi Watch aka Mi Watch, it is expected to be heavily inspired by the design of Apple Watch. According to the leaks, it will sport a square-shaped 3D curved glass display made of sapphire and a circular digital crown on the side. It could come with eSIM, GPS, NFC support and Wi-Fi connectivity. It may be powered by the Qualcomm Snapdragon Wear 3100. Plus, it is said to run a custom MIUI software.

Coming to the Mi TV 5 series, it is teased to feature a 4K Quantum Dot screen with 108 percent NTSC, HDR10+ support, and MEMC motion compensation support. It is said to have a four-unit speaker with support for various Dolby and DTS audio formats. It may launch with 12nm Amlogic T972 processor. The Mi TV 5 series is expected to come equipped with 4GB RAM and 64GB of internal storage.