Windows 10 Cloud is reportedly aimed at the education sector where Google has been able to push its Chromebooks. We are also likely to see cheaper Surface-branded hardware products. 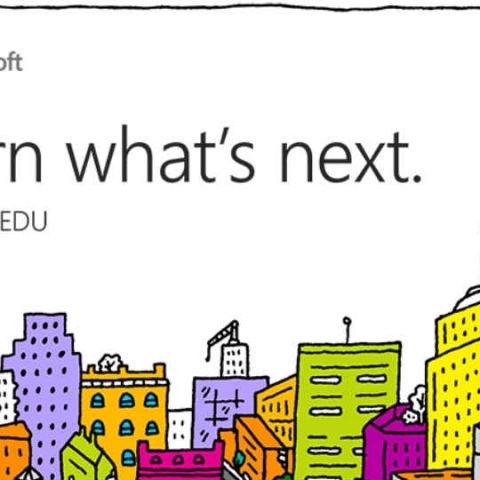 Microsoft's special hardware and software event will be held on May 2 in New York City. The software major has started sending out media invites where the company is expected to showcase Windows 10 Cloud and new Surface-branded hardware products.

According to ZDNet, the event is codenamed "Bespin" and will focus on Microsoft's new initiatives for the education sector. Microsoft is reportedly working on 'Windows 10 Cloud', its alternative to Google's ChromeOS and the company might showcase a hardware running the new version of Windows 10. Most reports indicate that Windows 10 Cloud will be similar to Windows RT and support only Universal Windows Platform apps from Windows Store.

Microsoft Surface Book 2 is reportedly ditching the dynamic fulcrum hinge found on the original Surface Book and will instead feature a regular laptop design. ZDNet's Mary Jo-Foley says the device will not launch at this event. Rumours of the Surface Pro 5 recently emerged hinting at Microsoft switching to Kaby Lake processor and retaining the Surface power connector. It is not clear whether Microsoft will introduce Surface Pro 5 at this event and the long rumoured Surface Phone is reportedly pushed back to 2018.

It's interesting that Microsoft is hosting a special event just a week ahead of its developer conference Build 2017. Microsoft also recently revealed final specifications of Project Scorpio. Microsoft isn't sharing any details about this event but a new version of Windows 10 aimed at the education sector and a cheaper Surface device is likely to be announced.